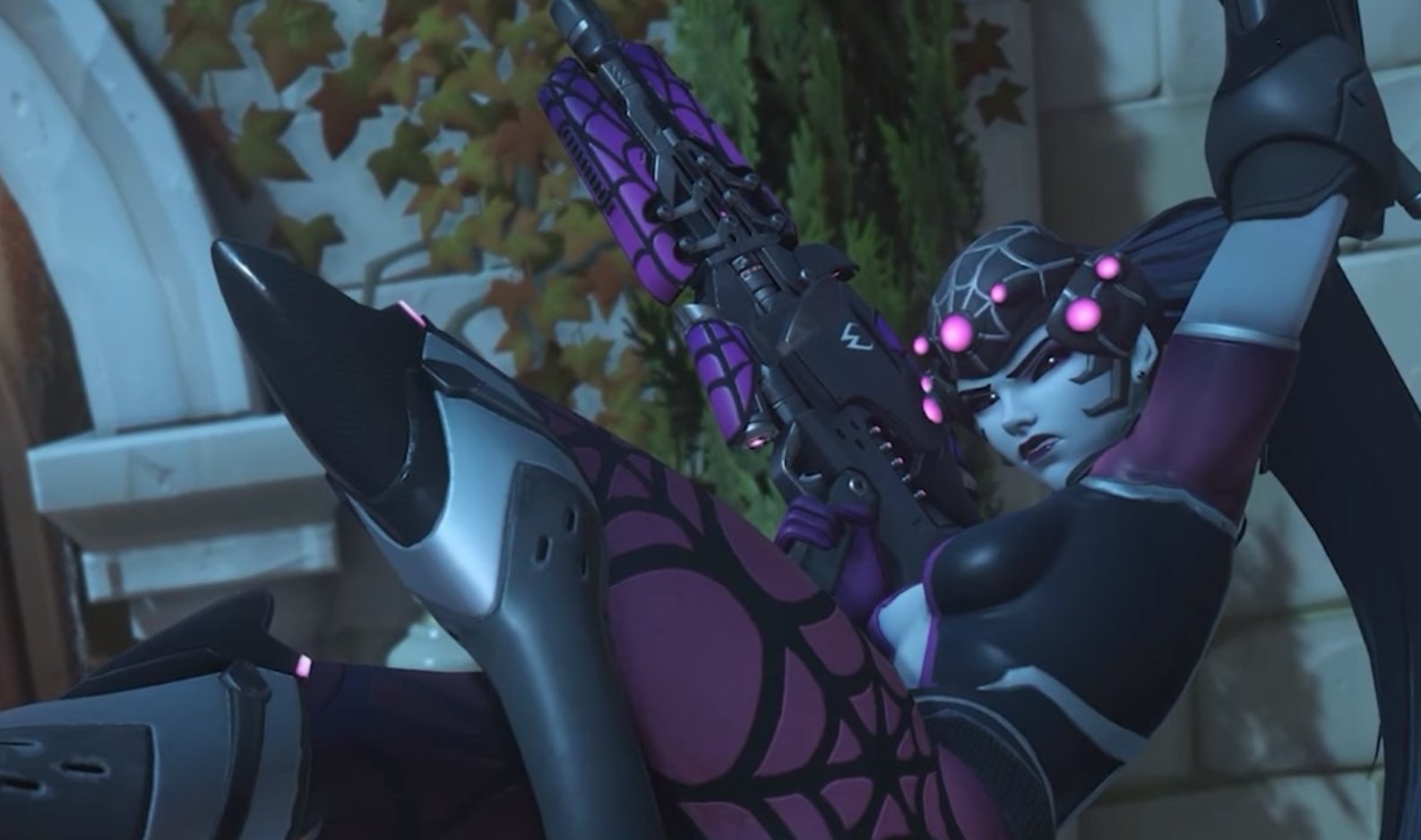 Overwatch’s Halloween Terror event begins on Tuesday, and in the lead-up to the seasonal celebration, Blizzard has been revealing new skins for heroes.

A spider suit is fitting for the Overwatch sniper. The skin doesn’t have any major new details, save the upgraded web-embroidered suit. Her colors are inverted, too, with a majority black outfit with purple details. Unlike the Doomfist and Moira skins before it, it’s not a legendary-grade skin.

Blizzard is expected to keep revealing new Halloween Terror skins until the event begins on Oct. 9. Over the past few days, the Overwatch developer has revealed Swamp Monster Doomfist and Banshee Moira. If Blizzard continues revealing skins each day, we’ll have six new cosmetics for the start of the event. Other heroes receiving new looks have not been confirmed.

Cosmetics aren’t the only aspect of the Halloween Terror event. Blizzard will also bring back the Junkenstein’s Revenge game mode, which pits a team of four players against a horde of omnic zombies. A teaser posted last week suggests there’s something going on with the Château Guillard Overwatch map, but what, exactly, is still unclear.

“There’s a rumor among explorers about a monolithic lair home to terrifying horrors. Heroes, how will you prepare?” Blizzard posted from the Overwatch account on Monday, attached to a photo of the Guillard mansion.

The spooky Overwatch event will run until Oct. 31, straight through the holiday itself, before everything goes back to normal.