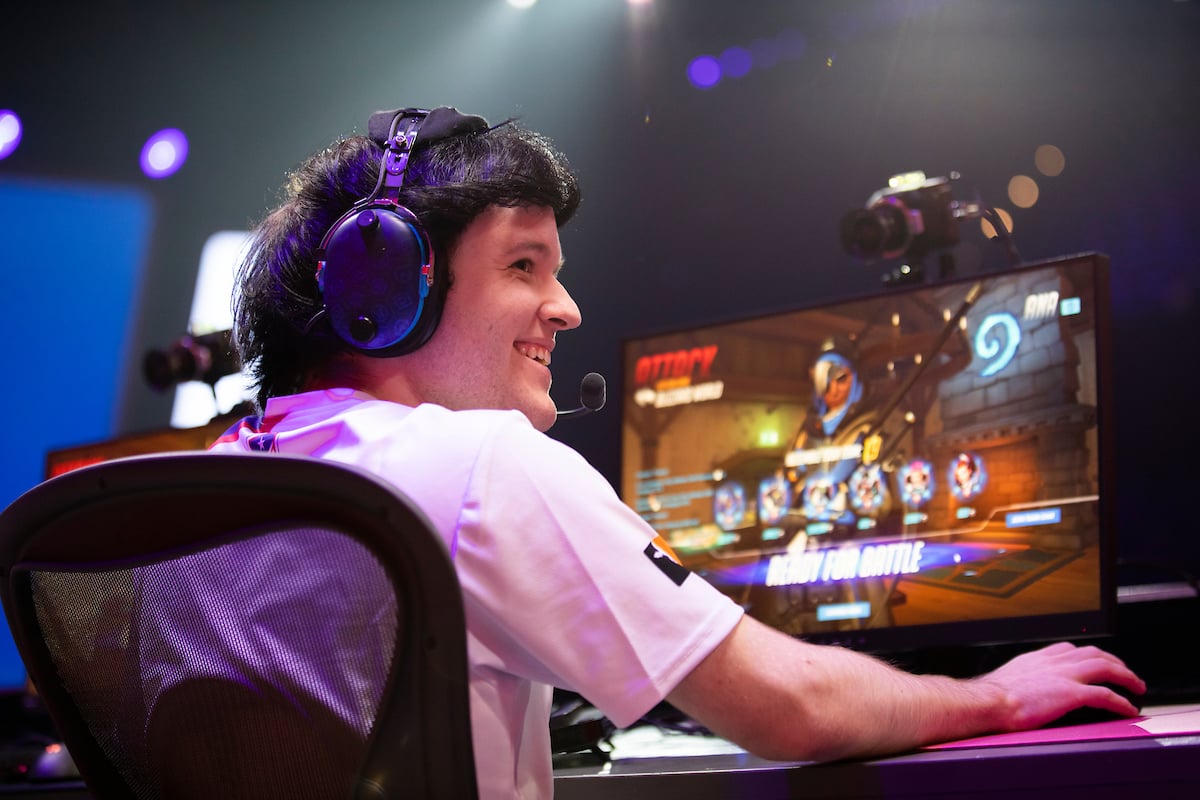 During the Overwatch League’s second season, the players on the Washington Justice have experienced all the highs and lows that the league can bring. They’ve dealt with a 0-7 stage, gone weeks without wins, felt the sting of an overwhelming meta, and came back with vigor after their playoff dreams were dashed.

Flex support Nikola “sleepy” Andrews joined the Washington Justice mid-season after being traded from the San Francisco Shock. As a longtime player in the professional Overwatch scene, he’s been commended for his mechanical skills and ability to motivate his team.

During week one of stage four, as role lock entered the league, sleepy talked with Dot Esports to explain the Justice’s stage four mentality and the role of support in a whole new meta.

Sleepy: I’d say role lock is… we weren’t very strong in GOATS, that’s obvious based on our record. Role lock helps us because we can finally get away from that comp and play to our strengths, which is more like Widowmaker and Orisa comps, stuff like that. It benefits us because the staple meta isn’t something that we’re bad at. We still have to work to improve a lot of things but it suits us a lot more than GOATS did. Role lock helps us a lot with overall comp issues.

How has the role of support changed with role lock?

I’d say support has not really changed a ton. I mean, I guess it has because you play Ana a lot more now; in GOATS it was just like, a permanent Zenyatta pick. But toward the end of stage three, Ana started getting a lot more play time anyways. So, in terms of hero choice, you play Ana pretty much always now, but there’s still a little bit of Zen.

You can do a lot more in 2-2-2 as Ana than you can as Ana in, like, a three-DPS meta. In a three-DPS meta, you have to kind of just sit there and let your team carry, let them do everything. At least in 2-2-2, it’s a lot more organized. It’s not totally chaotic and you can actually make plays and perform well on Ana. I like 2-2-2 more than triple DPS just because there’s a lot more you can do.

What’s the mentality been like for the Washington Justice during stage four, knowing that playoffs aren’t an option?

That’s a good question. People think like, “it’s over, what’s the point of them trying anymore?” At the end of the day, regardless of whether or not we can make the playoffs, regardless of the fact that there are no stage playoffs for stage four… yes, we technically can’t win anything, like any prize money. But players being players and coaches being coaches, you want to end the season showing people what you can do.

Maybe we weren’t good at GOATS, which unfortunately was a big part of the season, but we want to show people that we can at least do something. We are good players, we are good coaches, we can do things in other metas. Sucks that we couldn’t do anything in the last meta, but we want to end on a good note.

If we go 7-0, people aren’t going to think like, “oh they suck, they couldn’t win in GOATS meta at all.” They’re going to be like, “wow, those guys dominated in the last stage, they did really well.” I think all of us still have the mentality of, “this stage matters, we want to end on a good note.” Going into season three, it’s going to help us all stay on a team or get a new team and keep our job, basically. Everyone should have a good mentality going into it to keep trying our best.

(Note: The Washington Justice ended stage four with a 6-1 record.)

Do you have any advice for players who are transitioning to a new team or switching teams like you did from the [San Francisco] Shock to the Justice?

But I’d say for anyone looking, OWL or not, to get on a team or stay on a team, definitely make yourself valuable. Have a value no matter what, whether that’s your communication, your mechanics, your attitude toward things. Have something. Always have a redeeming factor, like a value that a team would want in a player.

If you’re just average, like, “he’s just an okay teammate, his mechanics are okay, his communication is just okay,” remember there’s a lot of people who want to replace you and would love to be in your shoes. They will work hard. If you’re not working just as hard, or harder than them, it’s hard to get on a team. I think if players are looking at a team, they should just always try their hardest and find ways to improve instead of blaming the people around them.

You went to Washington, D.C. recently. Tell us about that trip.

The D.C. trip was pretty cool because, personally, I’ve never been there. I know a lot of American schools will send their kids to D.C. on a school field trip to see the monuments. I never got to do that, I don’t know why.

It was cool for me because I’ve never seen the monuments, so it’s fun to see them in person, see how big they are, see how detailed they are. It’s a very historical city. It was a lot of fun for me. The weather was kind of hot, but I’m from Florida, so it’s not that big of a deal for me. Overall, it was fun, though. A lot of cool people, a lot of really fun fans. It was a really nice trip.

What are you most excited about playing in D.C. next year?

I would say just based off of my experience from being in Atlanta for the homestand and also watching the [Dallas] Fuel homestand on Twitch, I think the most exciting thing is definitely the crowds. All the crowds in each area are crazy. It’s a lot of these people who have never been to OWL because they can’t make it to Los Angeles. It’s people who want to go that never had the opportunity, so they’re super excited to be there, super stoked, they’re yelling and screaming for everyone—it’s so nice. It’d be cool to see all the new places we get to travel to next year. I don’t like traveling that much but being forced to travel, seeing all the cool places will be really awesome.

Playing in D.C., specifically, I’m super excited to see the crowds. D.C. is great, I’m sure there’s a lot of great fans there, especially the ones we met when we were there. I can’t wait.