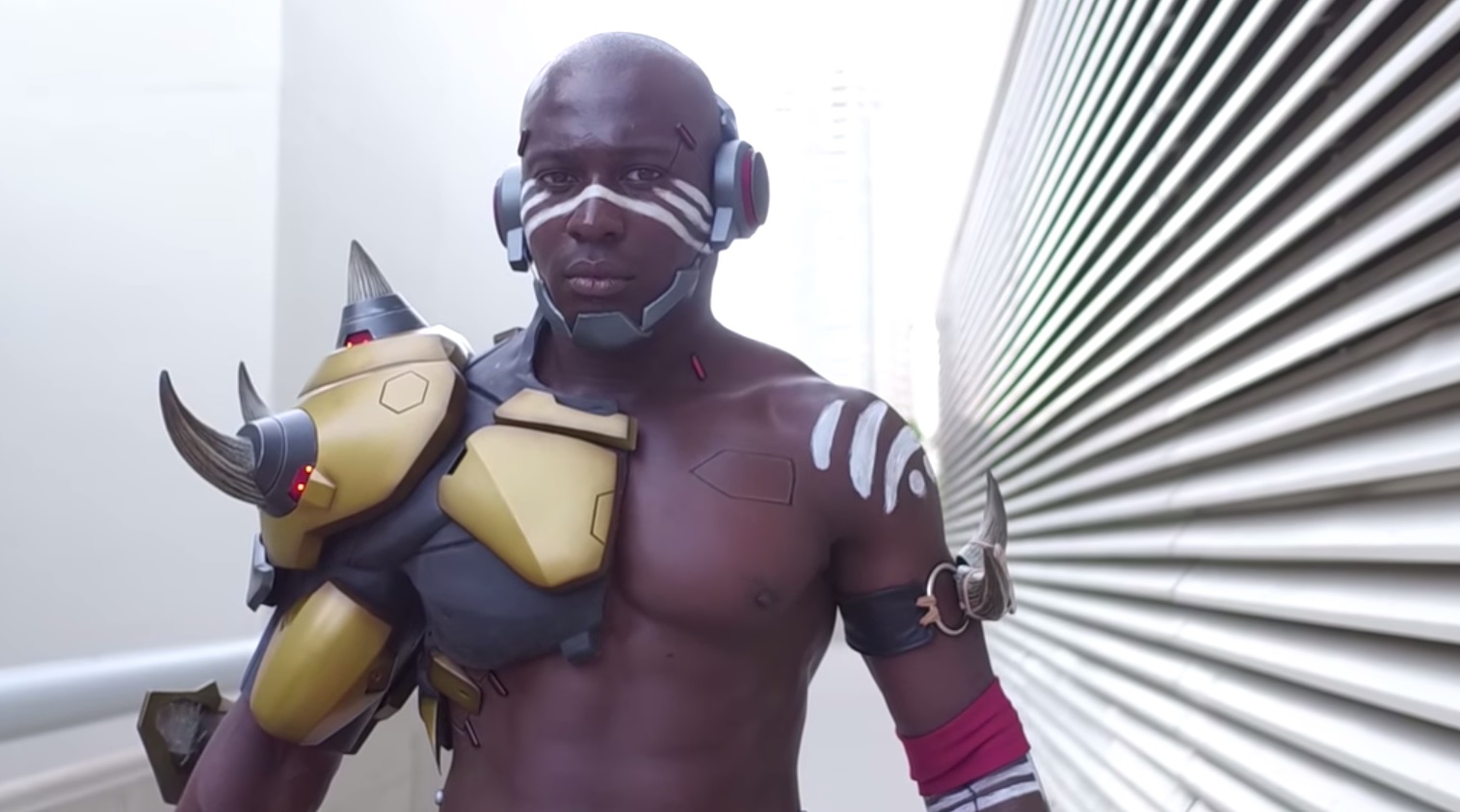 Well, that was quick.

Before new Overwatch hero Doomfist even arrived in the live game—he arrives on July 27—he’s already got a cosplay on display at San Diego Comic Con. For the convention, which runs all weekend, Blizzard worked with costume designer Henchmen Studios to create the whole look.

The costume took six weeks to construct, and that’s working with a team of 14 people, according to Kotaku. The pieces include leatherwork and 3D printing. And the gauntlet itself? It weighs 15 pounds. Henchmen Studios worked hard to get every detail just right, but there’s one true test—is cosplay Doomfist able to shoot bullets out of his knuckles?

Related: Can we please get these Doomfist: Masquerade outfits as Overwatch skins?

Blizzard hired a model from Toronto, “caviar_bleu“, to don the costume. And he’s got a hard job ahead of him for the rest of the weekend, carrying about 15 pounds of mechanical fist.

The developer is going all out for SDCC 2017, releasing new merchandise and participating in a wealth of panels. For Hearthstone, Blizzard even opened up an ice cream shop right outside the convention. SDCC runs until July 23.