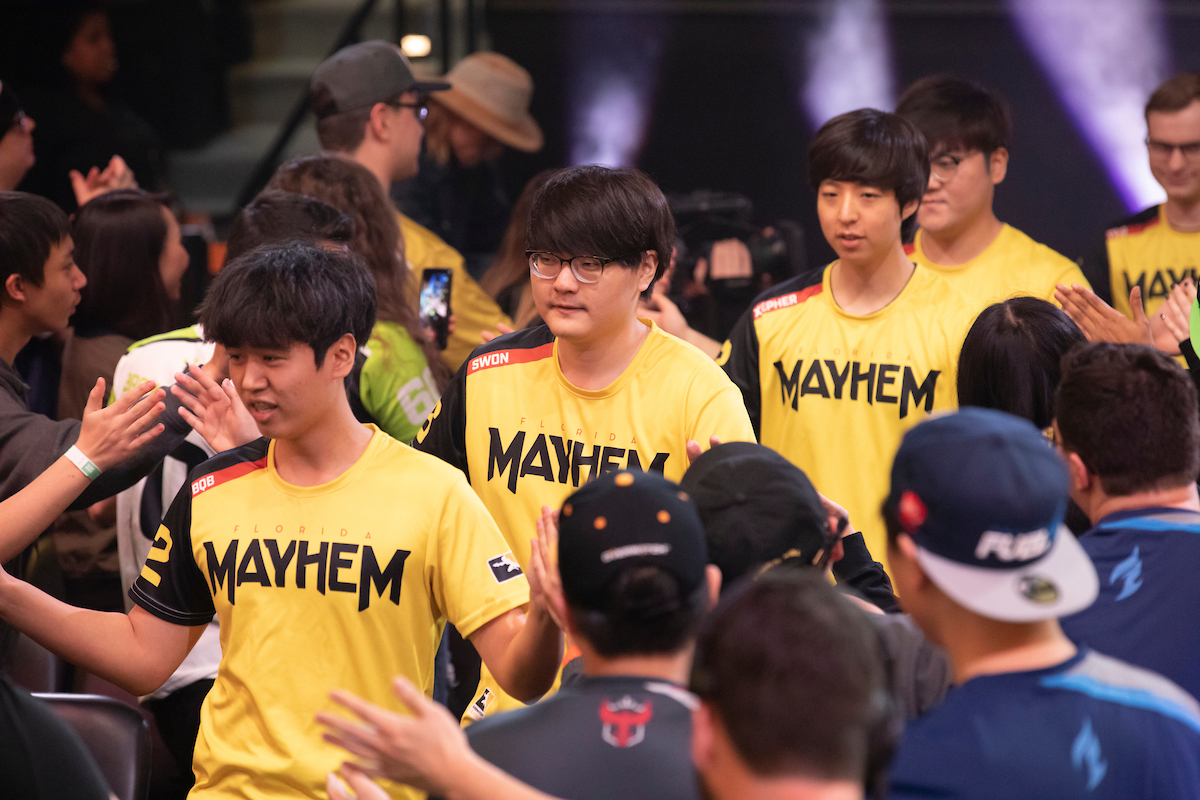 After a disappointing second season, the Florida Mayhem are cleaning house before the Overwatch League returns in 2020. The Mayhem are releasing five players and an assistant coach. This move comes days after the team promoted assistant general manager Andrew “yeHHH” Yeh to general manager status.

Flex support Jo “HaGoPeun” Hyeon-woo, tank Yoon “Swon” Seong-won, substitute off-tank Koo “Xepher” Jae-mo, substitute support Park “RAin” Jae-ho, and substitute DPS Choi “DPI” Yong-joon have been released by the team. All of those players were previously listed as a “team option” by the Overwatch League, meaning they could be signed by Nov. 11 before becoming free agents. Assistant coach Kim “KH1” Hyung-il has also parted ways with the Florida Mayhem.

Swon is a former KongDoo Panthera player who was a part of NRG Esports, San Francisco Shock’s Contenders academy team, before being signed to the Mayhem. Before Florida picked up main tank Koo “Fate” Pan-Seung from the Los Angeles Valiant, Swon acted as the team’s main tank during the difficult triple-triple meta.

Xepher was previously a part of the Seoul Dynasty. Main support RAin and damage dealer DPI were two players the Florida Mayhem picked up midway through season two. The team made a significant move to an all-Korean roster halfway through season two, dropping all of their European players and restructuring the team.

The Florida Mayhem will host two homestands during the 2020 season, one in Orlando and one in Miami.