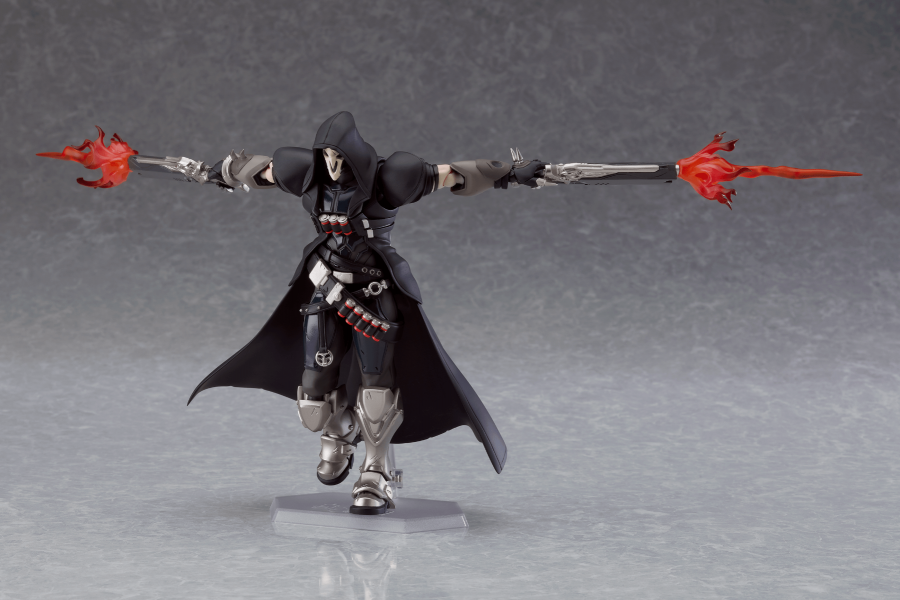 Reaper is the next Overwatch hero to join Good Smile Company’s Figma lineup.

The Japanese toy-maker has opened up pre-orders for the Reaper action figure. Like Tracer, Widowmaker, and Genji before him, Reaper is a posable action figure with a number of interchangeable parts and weapons. The figure stands just over six inches and comes with Reaper’s twin Hellfire Shotguns, effect parts for Death Blossom, and nine different hands.

And as with all Figma action figures, Reaper features a number of joints with extra flexible plastic used to make sure proportions are correct “without compromising posability.” But for all those extras, it’ll cost you. Figma Reaper costs $80 on the Blizzard store—but the quality and customization seem to warrant the high price for an action figure.

Figma Reaper is expected to ship by the end of 2019’s first quarter. Buyers are limited to 10 figures each, but, uh, that’s a lot of Reapers.

Tracer—Overwatch’s poster girl—was the first hero to join the Figma lineup in June 2017. Blizzard and Good Smile Company added Genji in October and Windowmaker in February. The two companies have also been releasing adorable little Nendoroid versions of Overwatch heroes, including a tiny D.Va that comes with Doritos and Mountain Dew.

Blizzard also has a growing line up Overwatch statues, the last of which is a stunning Mercy sculpt. Preorders for the $175 statue opened up earlier in April, available on the Blizzard Gear store. Blizzard also offers a vinyl Mercy Nendroroid that costs $50. It’s a tinier version of Mercy that’ll come with a bunch of different faces and accessories.