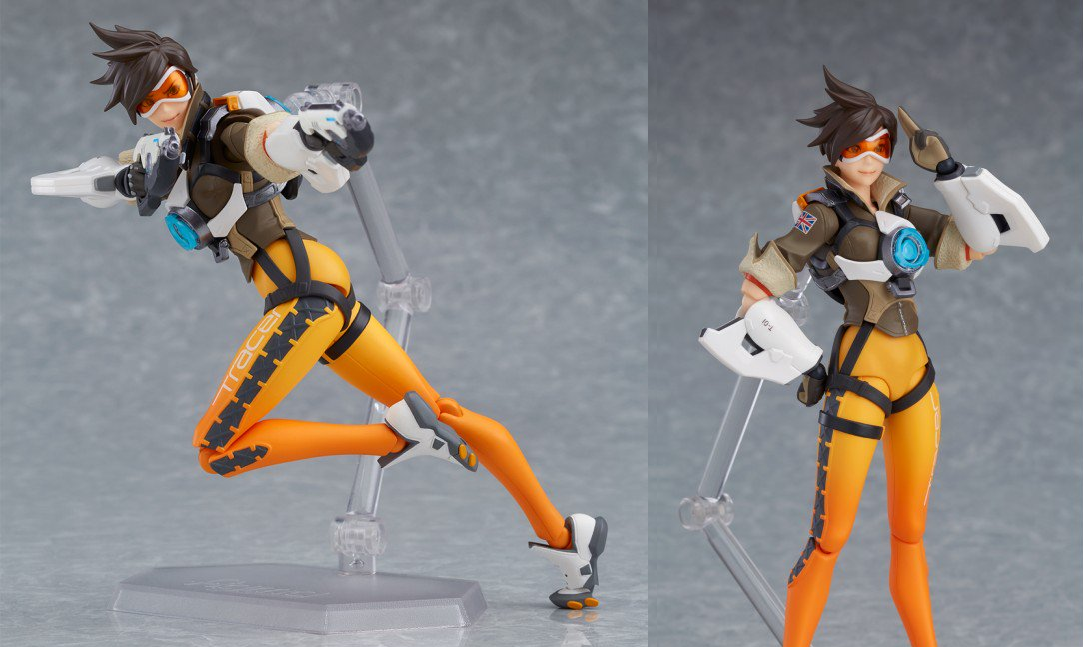 Overwatch’s poster girl is getting another figurine treatment, this time by Japanese toy-maker Figma.

Figma action figures are known for their poseability, and Tracer’s is no different. The figure stands at 140mm tall (just over five and a half inches) and comes with a number of customizable features, including an articulated stand to “facilitate various exciting poses.”

Tracer also comes equipped with three different face plates (smiling, excited, and “a serious, confident expression”), along with her trademark pulse pistols and a pulse bomb.

The Tracer Figma is available for pre-order on the Blizzard store for $70, and it’s expected that orders will ship by the end of the fourth quarter of 2017.

This Figma announcement comes a few months after the arrival of Nendoroid’s Tracer figurine, which has a different aesthetic style entirely, for $50. Blizzard knows that Tracer is their most well-known character, so expect more from the sassy Brit in the months and years to come.