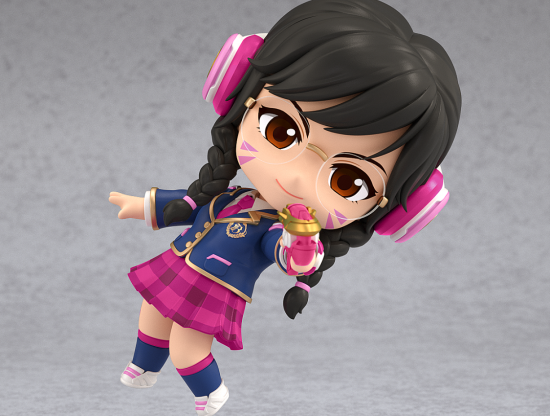 Blizzard Entertainment has teamed up with Japanese toy manufacturer Good Smile Company to celebrate this year’s Overwatch Anniversary event by releasing the latest addition to the game’s line of Nendoroid figures: Academy D.Va.

“Pose Academy D.Va in combat using her light gun, or jumping into action with her MEKA unit. The striking gold accents of both her gun and the poseable miniature MEKA have been captured in stunning detail,” the product’s page reads.

Fans can pre-order the toy now for $49.99 from Blizzard’s online merch store, but the new Nendoroid figure won’t be ready to ship until the first quarter of next year.

Related: All of the Overwatch Anniversary 2019 skins

Academy D.Va was the first skin Blizzard previewed from the latest batch of event cosmetics prior to the release of the third annual Overwatch Anniversary event. The event kicked off two weeks ago and is set to wrap up on June 10.