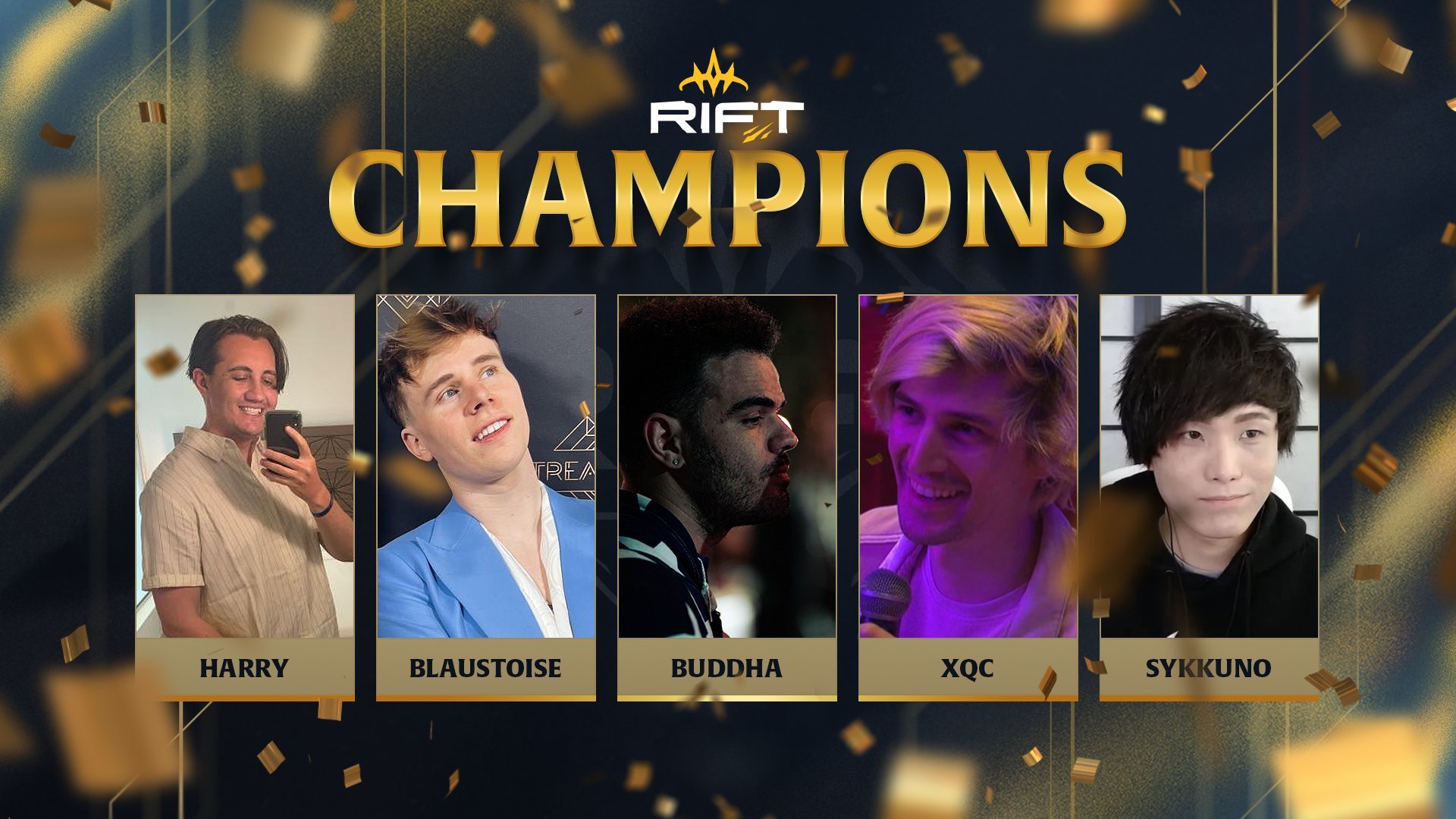 The tournament took place over the course of a single day and is still available to watch on Emiru’s Twitch channel. The eight teams were initially split into two groups to compete in a round-robin format. Group A saw Teams Buddha, Sodapoppin, Esfand, and Tectone compete for two available playoff spots, while Group B consisted of Teams Erobb, QTCinderella, Mizkif, and Critikal.

By the end of the group stages, Teams Buddha and Sodapoppin advanced from Group A while Teams Erobb and QTCinderella qualified from Group B. Unfortunately for the other remaining four teams, their journey at OTK Rift ended early.

Before the Grand Finals, Team Erobb found some redemption by defeating Team QTCinderella in the Bronze match. As for the Grand Finals, the only best-of-three series in the tournament went the full distance, where Team Buddha edged out a 2-1 series victory over Team Sodapoppin.