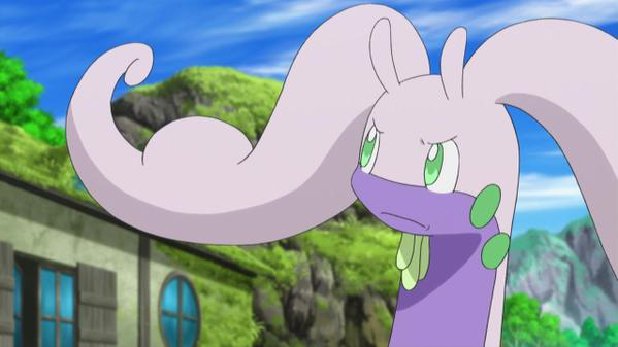 Goodra enters Pokémon Go today as one of it’s most sought after Dragon-types.

In the RPG line of games, Goodra is considered one of the best pseudo-legendaries to trainers to stomp their competition. It seems like the same can be said in Pokémon Go with it boasting some of the highest damage and resistances around.

Of course, its not as good as some other Dragon Pokémon due to its single Dragon typing, but it is still a powerhouse and something that can be useful in Gym Battles, Raids, or Fighting Team Rocket Go— but what moves should you run with it to get the best out of it?

For its quick move, either Dragon Breath or Water Gun will work depending on what type of build you want your Goodra to be. Dragon Breath is all-rounded, while Water Gun is situationally powerful. Its really up to personal choice on this one.

For its main moves, if you want to keep Goodra locked to a single move in battle, Draco Meteor is the best choice for Raids, Gyms, and more. But due to its long wind up time, its not really a move you want to take into Trainer Battles where an opponent might be able to get two or three quick moves in before you can launch even one Draco Meteor.

Of course, if you plan to use it in Battle League with a single move, then look towards Sludge Wave (which would be useful against those pesky Fairy-types) or something like Muddy Water which is quick to get off, or Power Whip for something in the middle.

If you do plan to get two moves on your Goodra at once, however, then pick up both Sludge Wave and Muddy Water/Power Whip. Sludge Wave is a good way to deal with Fairy Types, and the other is a general move to chip away at your foes quickly. You can, of course, go Draco Meteor instead of those two if you want for massive damage–but be prepared to take some in return because of the wind up.