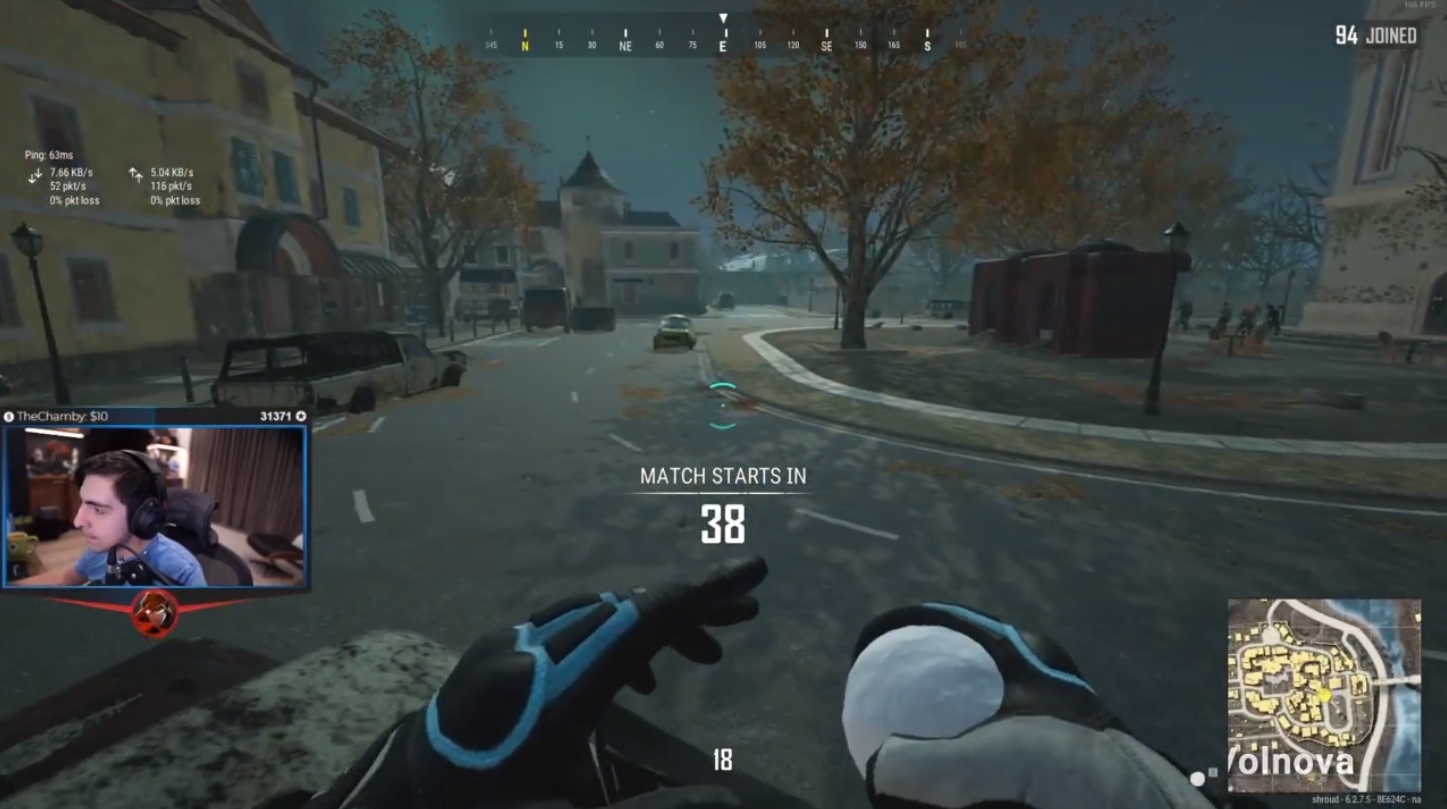 Shroud made a surprise return to PlayerUnknown’s Battlegrounds today, but his PC didn’t seem to respond very well to the change.

Less than 10 minutes into his first game, Shroud’s entire gaming PC froze and elicited a droning buzzing sound. But Shroud didn’t place the blame on PUBG, but rather his computer.

“Okay, that was nice,” Shroud said softly. “You know, I’m not going to blame the game for that one. I’m gonna blame my computer because it just froze completely. I won’t blame the game there. I’ll blame something to do with my RAM.”

Shroud said since he’s been playing Minecraft recently, there are a “lot of moving pieces.” He also said he hadn’t restarted the PC recently, so that could’ve been a contributing factor to the freeze.

With the problems out of the way, or so he thought, Shroud returned to playing PUBG. But after being killed from long range, Shroud’s PC froze again.

After testing out his PC on Apex Legends, Shroud determined it was definitely the computer that was the root of the problem, not PUBG. Although he went a little longer without any freezes, the PC quit on him again in the middle of an Apex game.

So, we could be seeing some more PUBG streams in the near future when Shroud gets his new gaming PC up and running.