PUBG Mobile update 0.13.5 releases with a new gun, Season 8 and a lot of events

The Season 8 Royale Pass will be available soon. 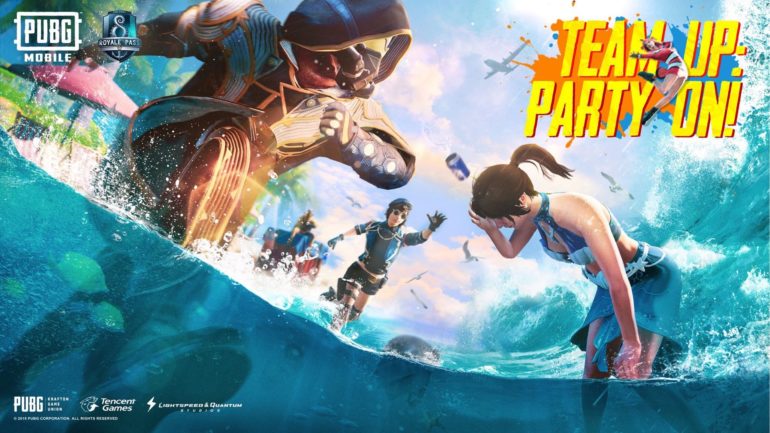 PUBG Mobile’s 0.13.5 update dropped globally today after being in beta for around a week. The update also introduced the much anticipated Season 8 Royale pass to the battle royale game.

Most of the updates coming with this patch were already known with the beta that was released about a week ago. This included the new SMG, PP-19, which uses 9mm ammunition and has a magazine size of 53 rounds. The weapon will be dropping in Erangel and Vikendi.

In addition to the bug fixes and season/tier changes, the high frame rate mode has been added to HDR mode for some high-end devices. Players can configure this through the graphics tab in the settings menu.

If you want to read the complete patch notes of the new update, click here (or here if you’re on mobile). Players who download the update between July 16 and 22 will receive 1888 BP and the parachute trail 1.

The Season 8 Royale Pass, though still not available, will feature new ocean-themed outfits and items. We can expect its release in the coming days.

A bunch of events have also been lined up for the game in the coming weeks. The PUBG Mobile Club Open (PMCO) 2019 is on July 26 to 28 and the game will be releasing some exclusive content for it. Players have to log in a certain amount of time to receive some awards related to the PMCO. PMCO themed events will be released in late July as well.

This season marks the first anniversary of the royale pass and some Season 2 and 3 events will be coming back. Players can get these rare items in rank rewards and redeem crates.

BAPE products and merchandise will also be available in-game as the PUBG Mobile and BAPE collaboration continues.

Allan Walker will be collaborating with the game for a second time with his new single which will come out soon. Players can participate in the song unlocking event through the event center in the game.