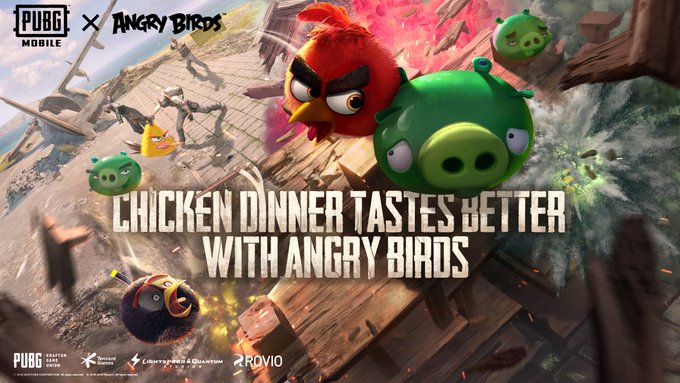 PUBG Mobile’s update 0.16.0 brought a bunch of exciting stuff to the battle royale game, including a collaboration with Angry Birds.

The casual mobile game by Rovio Entertainment celebrated its 10th anniversary yesterday with a crossover with PUBG Mobile. The spawn area of every map in the hit battle royale game has received an Angry Birds mini-game where players can throw birds at decoy pigs. Players are pre-equipped with decoy birds to enjoy the mini-game. Landing shots at the structure makes a loud chirp-like noise.

While all this may seem like a fun little crossover, there is one thing that Tencent seemed to have not taken into consideration while adding the Angry Birds-based content to the game—the sheer amount of noise produced when 100 players are throwing birds at the pigs.

Players have to endure the sound in the spawn area as their competitors have fun with the Angry Birds mini-game. Adding to this misery is that running away from the mini-game area doesn’t decrease the intensity of the noise.

The announcement of the Angry Birds crossover was made by PUBG Mobile on Twitter and Instagram. The comments on these posts are also filled with frustrated players complaining about the noises. Spacestation Gaming’s Guillermo “Rolex” Jimenez also replied to the announcement tweet requesting a way to disable the audio in the starting lobby.

One can only hope that Tencent fixes the issue soon so fans don’t have to wait until the next large update.