Tencent revealed some of the upcoming plans for PUBG Mobile in a recent dev log update. The company intends to build upon the revamp of several locations in Erangel in Patch 1.5 to make the map a futuristic one.

PUBG Mobile is known for adding different modes and features with every new patch. But these are usually unique and separate from each other. In the dev update, it appears that the game is introducing lore as the map transforms into a futuristic one. These changes will be gradual and could be made over the next several patches.

The story has already begun in Patch 1.5. The technology and energy company, DynaHex, has made several “long-term technological transformations” on Erangel for its “scientific research.” As a part of this, Georgopol, Sosnovka Military Base, Pochinki, School, Yasnaya Polyana, and Mylta Power have been developed to accommodate modern buildings and structures.

This overhaul of Erangel will be done in a separate mode and won’t affect the classic map. Points earned from this mode will affect a player’s classic mode rank, though.

But the timing of these new “futuristic changes” to PUBG Mobile raises some eyebrows. This is because Krafton announced in February that it was making a new mobile battle royale game set in the future called PUBG: New State. This game takes place in 2051 and has a lot of new features that stand out from PUBG Mobile, such as modern structures, drones, ballistic shields, in-game mechanics, and more. 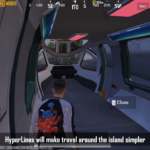 Krafton has said that New State will be launched by the end of 2021. As its release nears, PUBG Mobile could be attempting to keep its already huge player base intact with Project Future.

With New State and PUBG Mobile both being realistic battle royale titles, the two games will be in direct competition and will be appealing to the same gamers around the world. PUBG Mobile had a three-year head start, but the initial response to New State has been wholly positive and threatens to impact the former’s success. 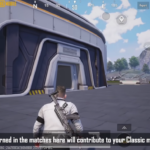 In the dev blog, Tencent said it launched development for Project Future on July 26, 2020. While this is about six months before the official unveiling of New State, the company was likely aware that Krafton was developing a new mobile battle royale game. Tencent is Krafton’s second-largest shareholder and holds a 13.58 percent stake, according to finance website Opto. It also worked with the South Korean company to develop PUBG Mobile.

PUBG Mobile has been developed and published by Tencent around the world except for in a few regions, like South Korea and India. In these countries, the game has been published by Krafton.

Krafton already generates huge revenue from PUBG Mobile. The company made about $1.1 billion of its total $1.5 billion in sales from the mobile platform, according to the Korea Herald. The exact financial details for PUBG Mobile’s revenue split between Tencent and Krafton haven’t been revealed publicly.

Despite this, Krafton will be pitching New State in direct competition with PUBG Mobile globally later this year. With the growing popularity of Free Fire and upcoming new entrants like Apex Legends Mobile and a rumored Call of Duty: Warzone Mobile, the mobile market is certainly heating up.