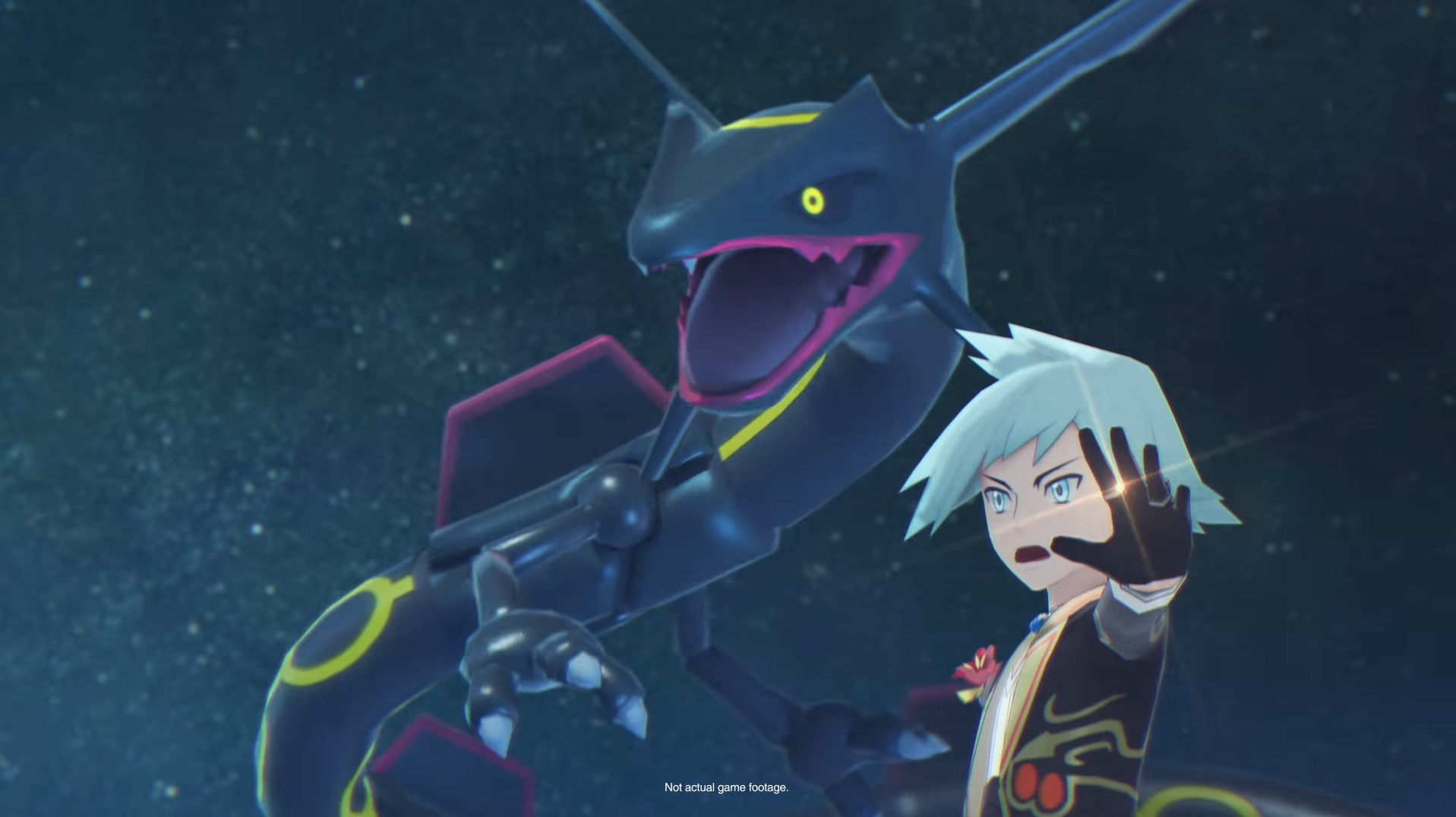 After some of Pokémon Masters EX’s second-anniversary rewards were shared during the recent Pokémon Presents earlier this month, fans finally have a taste of the new Sync Pairs that were teased.

DeNA announced today that joining the already announced N and Reshiram alternative outfit Sync Pair will be both Lillie with Lunala, and Steven with Rayquaza.

The Anniversary 2021 outfit Lillie and Lunala is a Ghost-type strike Sync Pair capable of accumulating massive amounts of Sp. Atk to decimate their foes with Moongeist Beam. She will be available as a reward appearing through the Master Fair Scout between Aug. 27 and Sep. 29.

We had already seen and heard about the N and Reshiram Anniversary 2021 Sync Pair that was announced at Pokémon Presents, you can read more on this here.

Anniversary 2021 Steven and Rayquaza are a Flying-type strike Sync Pair with a unique passive that converts their lowered stats into stat increases. This pair will be the final of the three brought into the Master Fair Scout starting on Aug. 31 and concluding on Sep. 29.

There is quite a lot going on to celebrate the game’s anniversary over the next month with opportunities to score in-game loot. Starting in September, the game begins its new arc with the prologue “The Kanto Prelude” on Sep. 15.

The month of September is shaping up to be full of opportunities for players to score themselves rare bonuses as Pokémon Masters EX celebrates its second anniversary. If you want to add any of these exclusive rewards to your collection make sure not to miss out before they disappear into rotation on Sep. 29.