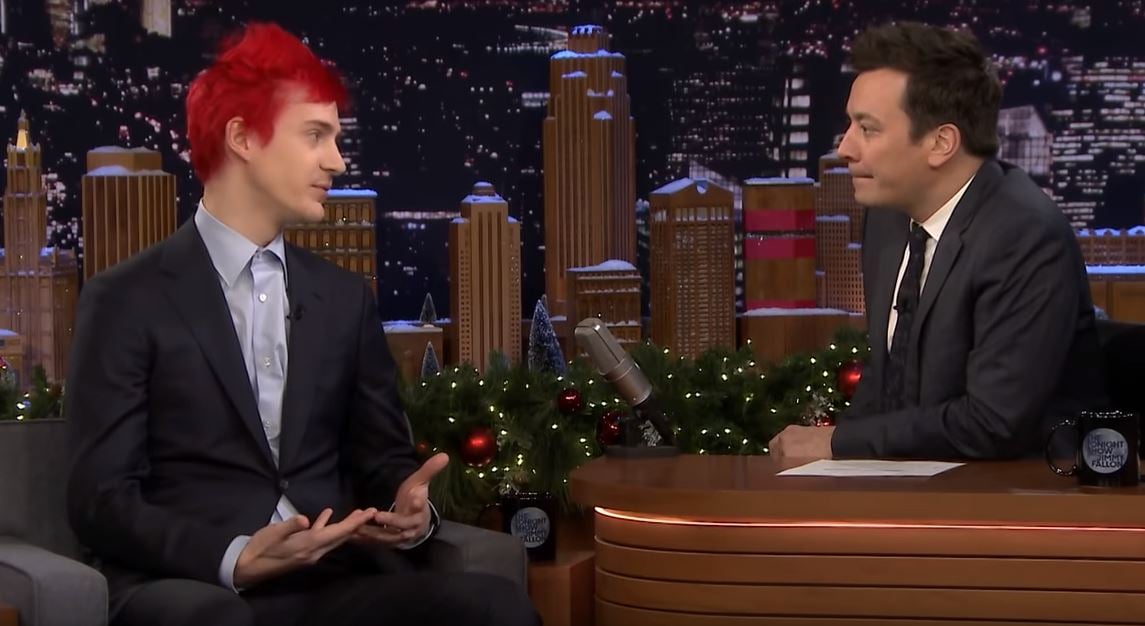 Screengrab via The Tonight Show

Ninja teased that he will be making some announcements there, too. “Got some pretty cool announcements I’ll be talking about so be sure to tune in,” he said.

This is Ninja’s second appearance on The Tonight Show Starring Jimmy Fallon. His first appearance happened in Dec. 2018 as part of his New Year’s Eve stream where he taught host Jimmy Fallon how to do his Pon Pon Fortnite victory dance. He also talked about Fortnite’s success and how its free-to-play nature allows anyone anywhere to play it.

If you’re interested in checking out Ninja’s appearance on The Tonight Show, it airs at 11:35pm EDT, 10:35 pm CDT tonight on NBC. If you don’t have a traditional TV service, you can watch the full episode on NBC.com with ads or on Hulu afterward to see any new Fortnite dance lessons.