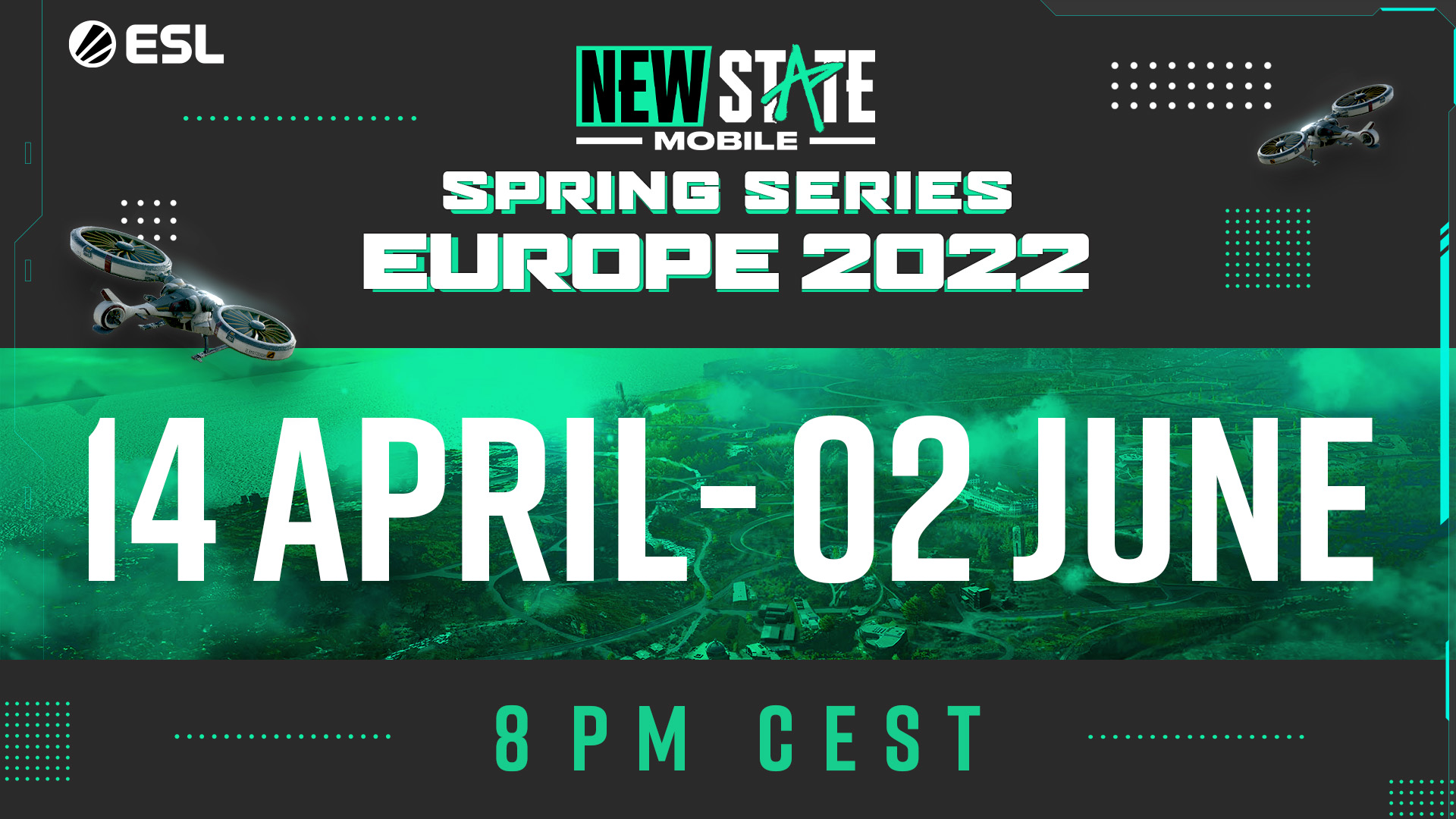 Krafton is bringing a new competition for New State Mobile players in Europe in a collaboration with ESL. The New State Mobile Weekly Spring Series 2022 is open to all players from Europe and offers in-game rewards such as Chest Coupons and Chicken Medals.

Players can band together to form teams of up to five players (one substitute) to participate in the Spring Series. Registrations are currently live on ESL Play for players who are above 16 years old and are residing in Europe.

The Spring Series will be held on each Thursday from April 14 to June 2. Every match day is divided into three rounds, with each round consisting of Battle Royale and Battle Royale Extreme matches on Troi. In each round, the top 50 percent of teams will qualify for the subsequent round.

The top three teams from each week will get the following rewards:

This is the official tournament for New State Mobile in Europe. So far, the game has gotten tournaments in North America and South Korea with prize pools of $250,000 each. Before the game’s release in October 2021, Krafton said it wanted to focus on development before esports. It seems the company is slowly inching towards esports for the mobile battle royale title.