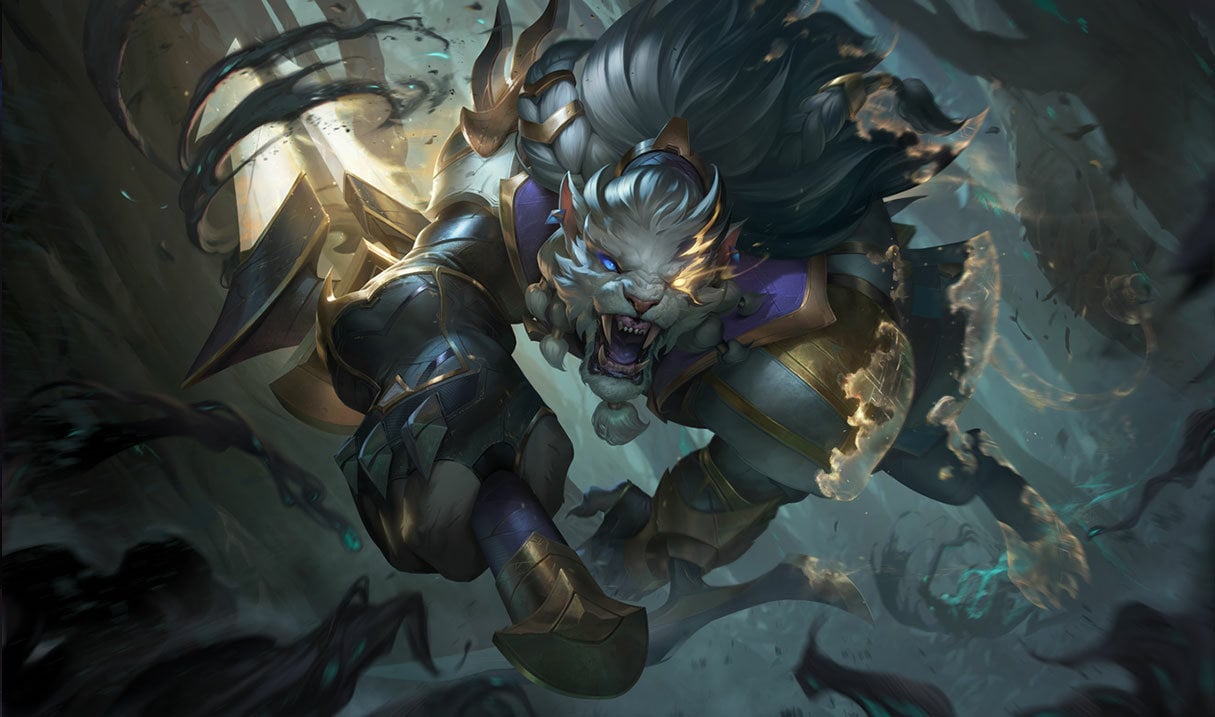 Dot Esports has teamed up with the big brains at Gamer Sensei to dissect League of Legends Patch 12.6, break down all of the major balance changes, and offer some extra insight on the meta.

Gamer Sensei is a service that offers remote coaching sessions for 18 different games, including, of course, League. For this week’s patch notes rundown, coaches Nicholas “NicoThePico” Korsgård and Rhys “Kybet” Williams have put their heads together to discuss the changes coming to Summoner’s Rift on Wednesday, March 30.

Here are the notes for League Patch 12.6.

These Azir buffs won’t make much of a difference to solo queue, according to Kybet. They’re more of a “nudge to pro play to draft him again,” he explained. “Just over 10 percent HP buff at 18 will help when it comes to surviving shuffles easier but overall shouldn’t change too much about his playstyle as he’s a really long-range control mage with soldiers.”

A substantial increase in minimum true damage is certainly nothing to complain about for Darius players. But despite these changes, he’s unlikely to be picked in pro play anytime soon. The problem with the champion is that he gets kited out and peeled off too much, according to Kybet. A boost in damage, though, will “definitely help him in getting some early kills needed to snowball,” Kybet said. “Problems still persist with him being able to get on top of enemies, though, so this still won’t fix this.”

Illaoi continues to be unappreciated in solo queue. While there are no balance changes for the champion in Patch 12.6, this update could incentivize players to try her more. “Even though it’s just bug fixes, sometimes just seeing a champion in the patch notes can make people play it more so this might see a higher pick rate and more consistent gameplay from mains and one-tricks,” Kybet said. “Faster tentacles due to delay removal is quite significant, though, and faster combos due to spell buffering might in itself be a decent buff to those who play this champ a lot.”

Nidalee is finally getting some love in Patch 12.6 in the form of a welcomed qualify-of-life buff, multiple mana cost reductions, and a cast range increase on her heal. In short, according to NicothePico, “this increases Nidalee’s utility heavily and safety in extended fights.” The coach also believes that “we will be seeing more Nidalee changes in the near future, which might enable her to return to the mid lane.”

As for how these changes will impact Nidalee, a longer range heal cast means she can reach priority targets for heals much easier, which will be “especially useful for extended and scattered fights,” leading to “fewer times where you will be just out of range for the life-saving heal,” NicothePico said.

R – Thrill of the Hunt

Players who are willing to learn and understand the new Rengar are likely to win a lot of solo queue games, according to NicoThePico. “Passive changes are always tricky for people to pay attention to, meaning that if you spend time learning and understanding these new changes you are very likely able to have a period in solo queue where you can abuse these changes for easy wins,” he explained.

There’s a very real possibility that many players will not understand Rengar’s new damage output and ability to skirmish, giving well-versed players the advantage. “I’ve lived through all the big Rengar changes that have happened over the years, and the Rengar players always tend to skyrocket rankings after changes,” NicoThePico said.

At best, these changes will reduce Tryndamere’s pick priority in solo queue based on players “overthinking a nerf,” NicoThePico said. In reality, the nerfs seem “huge” but have a “low impact overall.”

The champion will still very much be the same. These changes will just “slightly” increase the time management needed in the early game in terms of making sure you have your ultimate ready, NicoThePico explained. “My hopes are that this causes more strategic play and less headbang keyboard gameplay from Tryndamere players, but my hopes are not very high,” he added.

This is quite a substantial nerf, according to Kybet. A two-percent reduction in life steal is significant because that’s two percent of every iteration of healing. “AS carries will lose a lot of overall healing from this, but they will get more HP from legendary items which will still help,” he explained. “This might make ADC’s realize the value in taking Resolve secondary since instead of giving life steal Resolve gives more overall base health than what you heal in fights in the early to mid game.”

But AD carries will suffer more than most. “Taking Resolve for static amounts of bonus HP rather than healing will be the way to negate this so good rune choices will stop this damaging ADCs too much and the Eclipse nerf will hit some of the more oppressive champions that build it such as Ezreal, Senna and Xayah,” Kybet explained.

Unfortunately, the nerfs could also make AP mages a lot stronger in the bot lane since one of the ways to deal with poke from champions like Karthus, Seraphine, Ziggs, Cho’Gath, and Veigar is to build sustain and heal, which will have “less returns from these nerfs,” Kybet said.

The new Treasure Hunter rune will be “very strong on snowball champions,” according to Kybet. But the removal of Ravenous Hunter from the game could simultaneously hurt a lot of champions. “Bounty hunter will give 70/90/110/130/150 gold per stack for a total of 550 gold,” Kybet said. “This is very substantial since this is almost two additional kills worth of gold.”

The issue is that once you’ve claimed this gold, you’re without a rune so you really have to “make the gold count.” That being said, “snowball champions, specifically assassins like LeBlanc, Katarina, Qiyana or even champs like Corki that just want to get to their items as fast as possible, will benefit a lot from this,” Kybet added.

The Fleet Footwork and Bloodline healing nerfs fall in line with other healing cuts in Patch 12.6. “Fleet scales the same off levels but a huge reduction in healing off ratios will definitely be a significant drop in power and the same with Bloodline,” Kybet said. “Overall removing all this healing is definitely a good step forward in dealing with the massive amount of healing in the current game, but this will also heavily highlight the damage creep of the game, removing this healing without tackling the huge amount of additional damage in the game now will result in a lot more one-shots and squishy champs feeling a lot more vulnerable.”

Looking for more insight into League of Legends? Make sure to check out GamerSensei to get your own personal one-on-one coaching session.