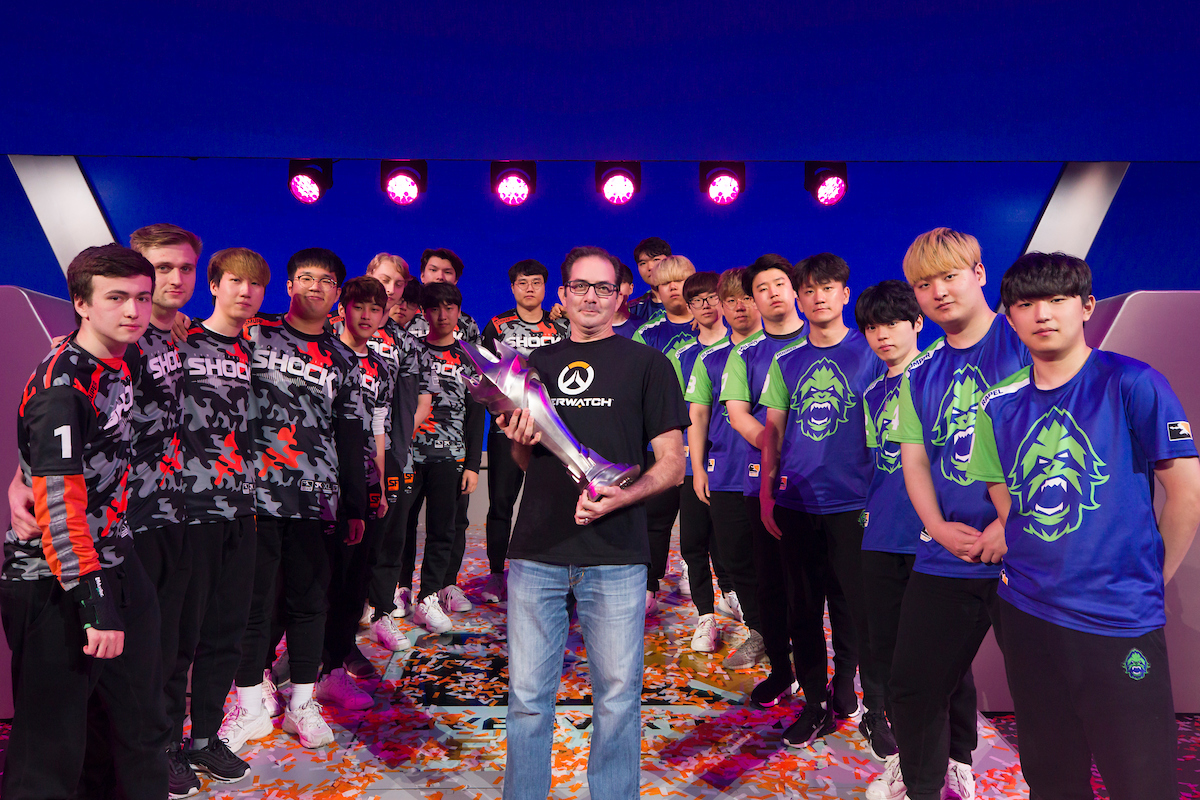 The second season of the Overwatch League began eight months ago. Over that time, 20 teams have played hundreds of games in multiple arenas across North America, all for a chance to win the championship.

Now, the 2019 grand finals are here. Two teams remain to battle it out for one massive prize pool.

It’s been a long season and it may have been difficult for some fans to catch everything. If you need a refresher before the Sept. 29 finale, here’s a quick guide to the Overwatch League grand finals.

The grand finals will be a first-to-four match held on Sunday, Sept. 29 at the Wells Fargo Center in Philadelphia. The two top teams in the league, who competed in a double-elimination playoff bracket to secure their spots in the game, will face off on the biggest stage of the year. For the winning team, $1.1 million in prize money and a sparkling championship trophy await them. The runners-up will take home $600,000.

Despite being the biggest game of the year, the finals match will look a lot like a standard postseason Overwatch showdown. The higher-seeded team will choose the first map of the series, a Control map. After that, the team that loses a map will choose the next map that will be played. Play continues until one team wins four maps.

This year, the Vancouver Titans and the San Francisco Shock will compete for the 2019 championship. Both teams have a rich history with one another, developing a serious rivalry over the second season of the Overwatch League.

In the postseason double-elimination bracket, the Vancouver Titans fought their way through the winners side.The San Francisco Shock were eliminated from the winners bracket due to an early loss against the Atlanta Reign. The loss motivated them to run amok through the losers bracket, however, and they won all four of their lower bracket matches in 4-0 sweeps.

Keep an eye on the high-flying DPS battles between 2019 Overwatch League MVP Jay “Sinatraa” Won of the San Francisco Shock and Seo “SeoMinSoo” Min-Soo of the Vancouver Titans. Both players will likely opt for Doomfist on multiple maps, jumping into enemy backlines to eliminate targets. Rookie of the Year Kim “Haksal” Hyo-jong will also be looking to shut down Shock’s DPS.

The main healer battle will be one to watch between Grant “Moth” Espe and Kim “Slime” Sung-jun. Both are stellar Lúcio players with bloodthirsty tendencies, going for big, disruptive plays. The Sigma battle will also be important. Both Choi “Choihyobin” Hyo-Bin of the Shock and Choi “JJANU” Hyeon-woo of the Titans have shown promise on the new hero. They’ll be looking to see who can make the most of shields and Sigma’s devastating ultimate.

The Overwatch League grand finals begin at 2pm CT, but a pre-show performance by Zedd is set for 1:30pm CT. The game will be broadcast on ABC and can be streamed on OverwatchLeague.com, the Overwatch League’s official Twitch channel, and the ESPN app.