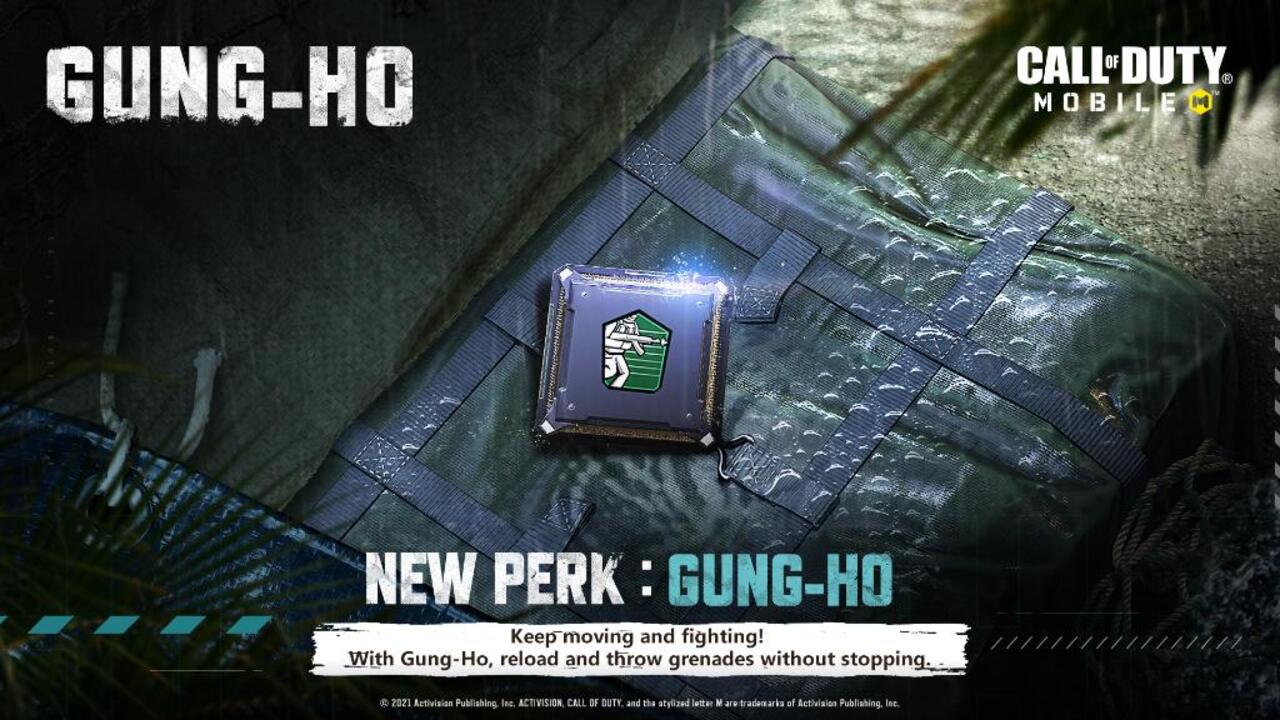 Call of Duty: Mobile’s season five is almost here. It will introduce new features to the game, including a new perk called Gung-Ho.

Fans got their first glimpse of the Gung-Ho perk during a public test build before the fourth season of the game. The perk will be available through a seasonal challenge, with players having to complete several missions to unlock it.

When the Gung-Ho perk is equipped, players can hip-fire their weapon, throw grenades, and change ammo while sprinting. With this advantage, the perk could certainly be an addition to many players’ loadouts.

Other than the new perk, a ton of new features will be added in CoD: Mobile’s season five. This includes three new maps: Suldal Harbor, Docks, and Aniyah Incursion.

Two new modes will also be dropping in the fifth season, Cranked: Confirmed and Ground Mission. The former is a mix of the Cranked and Kill Confirmed modes in which players will be eliminated if they don’t get a kill within a particular time. Ground Mission is basically the domination mode, but with 10-vs-10 play and five capture points.