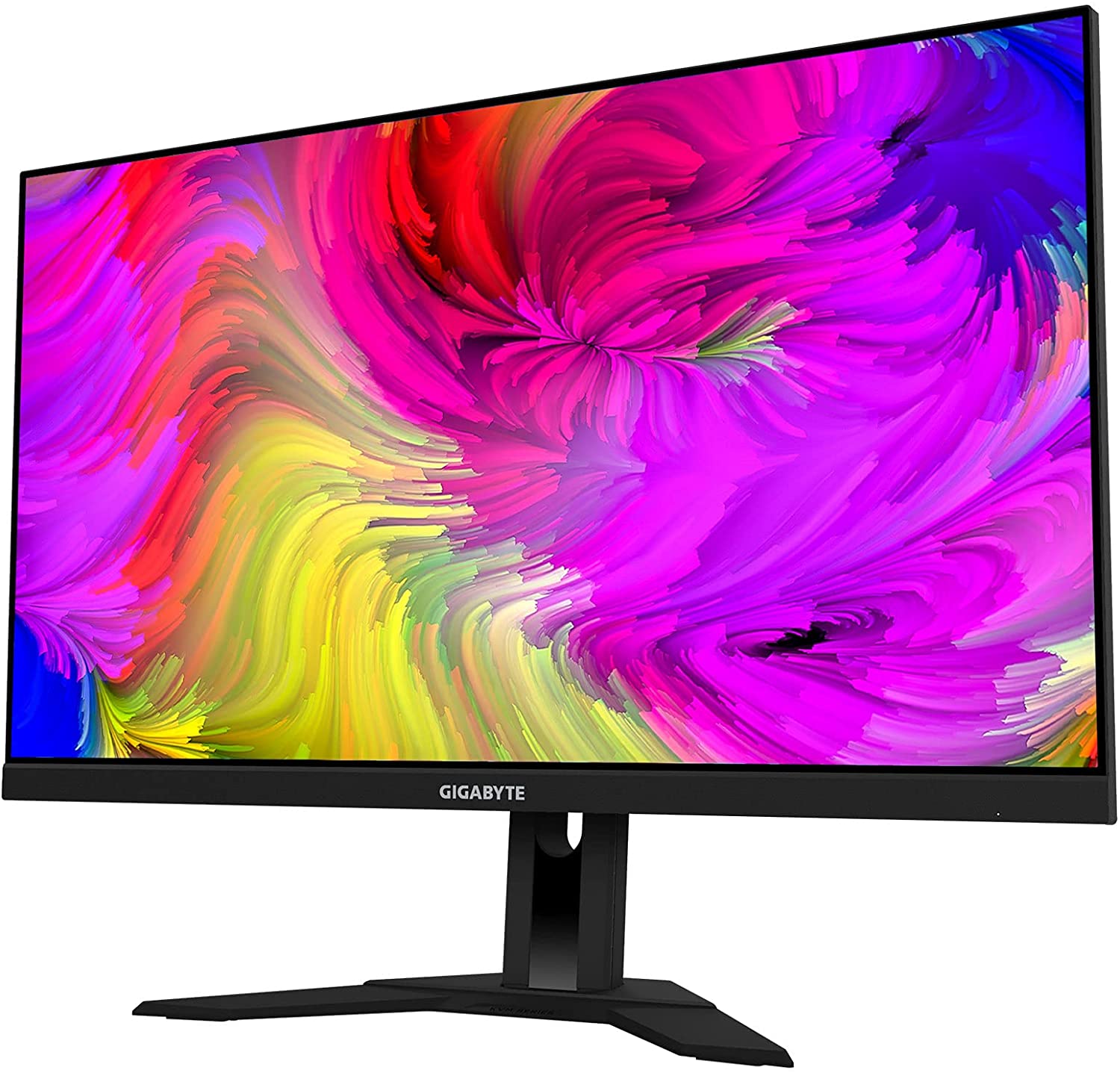 The days of old when console gaming was tied to your living room television are long gone. Now, with improved capabilities such as HDMI 2.1, high refresh rates, and low latency response times, the gaming monitor is not only a viable choice for console gamers, but might actually be a more convenient option.

The Xbox Series X has the power, most notably, to run video games at 4k resolutions at 120Hz refresh rates. For the average television, not only will this function usually not be possible, but the latency and picture quality might also be far less beneficial than that of the contemporary gaming monitor. This is why we’ve compiled a list of the best gaming monitors specifically for the Xbox Series X to suit users of all budgets.

Specifications
Gigabyte’s M28U is a 28″ gaming monitor that delivers a high amount of visual clarity and performance at a high price point. This monitor comes with HDMI 2.1, 144Hz refresh rates, and is HDR400 enabled. The high refresh rate and HDMI 2.1 mean that this monitor can function with the Xbox Series X’s 4k / 120Hz gaming capabilities, while the HDR400-enabled functionality will provide extremely crisp and clear visual fidelity that SDR monitors and TVs simply can’t match.

Additionally, users of this monitor will be glad to know its an IPS design, which means it has a number of advantages over other screen types, such as an OLED: it can be viewed from wider angles, which is perfect for multiplayer situations, it has fast response times, and high color accuracy, which is perfect for seeing a game as the developers intended. As mentioned, its high price point of over $600 is the only downside to this monitor.
Why We Recommend
Today’s Best Deals
Find on Amazon

Specifications
LG’s 27GN950-B model of the Ultragear gaming monitor is another high end, high performing monitor that will give some of the best gaming experiences the industry has to offer with the Xbox Series X. With a 4k resolution on a 27″ display, this monitor offers users an HDR400 experience for solid visual fidelity. Of course, the real treat is in its response times and refresh rates. For the former, this monitor boasts a 1MS latency, so inputs are snappy and eliminate any sluggish feeling an average TV might have when gaming. As for the refresh rates, this Ultragear can be set to 144Hz, which will make gaming on the Xbox Series X as fluid as can be at 4k resolutions.

That said, this monitor does not offer HDMI 2.1 compatibility, and instead opts for HDMI 2.0. This means, that while the 4k resolution and refresh rates are nice, it will lock the Xbox Series X at 30FPS when gaming at 4k resolutions. For such a high price point, this may be a deal-breaker for many.
Why We Recommend
Today’s Best Deals
Find on Amazon

Specifications
Where the previous Ultragear model on this list is only HDMI 2.0 enabled, this iteration of the monitor is HDMI 2.1 enabled. This brings the potential frame rate at 4k resolutions on the Xbox Series X to a whopping 120FPS instead of the previous version’s 30FPS. The difference in visual smoothness between the two can’t be overstated: It’s night and day. Having an extra 300% of frames to fill in the gameplay and cut scenes for any game that’s optimized to run at that framerate will improve the viewing experience of the user so much that going back to 30FPS, or even 60FPS, will be a downgrade that’s hard to stomach.

All of the benefits of the previous iteration of the monitor are present in this one as well. This extends to the 27inch screen, 1MS response time, HDR600 mode (up from HDR400), and a max refresh rate of 144Hz, which, while not usable being 120Hz when gaming at 4k on the Xbox Series X, can still be taken advantage of while streaming shows or playing games through a PC. Although, these benefits and their respective upgrades also increase the already steep price quite a bit.
Why We Recommend
Today’s Best Deals
Find on Amazon

Specifications
For those on a tighter budget, opting out of the 4k experience is a great way to decrease costs by half or more while still retaining fast response times and high refresh rates. The QHD Rapid-IPS Quantum DOT monitor is a reliable option to achieve this. This 27inch IPS panel monitor sports 1440p resolutions and 165Hz refresh rates. 1440p is slightly higher than the contemporary standard of 1080p, but also lower than the Xbox Series X’s max resolution of 4k. Because of this, games ran on the Xbox Series X at 1440p will be far less taxing on the system, which can still run 1440p at 120Hz refresh rates. As is important for gamers, the monitor supports response times of 1ms. All of this to say that, despite not supporting 4k resolutions, this monitor is perfect as a lower-priced option.
Why We Recommend
Today’s Best Deals
Find on Amazon

Specifications
The Acer Nitro “XV282K KVbmiipruzx” model — or just Nitro if you don’t want to try and pronounce that — is a strong contender for “best 4k value” on this list. Most players making use of the Xbox Series X will absolutely want a 4k gaming monitor that can make use of 120Hz or higher refresh rates while also being HDMI 2.1 compatible so as to push the Xbox Series X to its limits in performance and visual fidelity. The Nitro accomplishes both of these tasks while keeping prices below 900 dollars.

Not only this, but the Nitro also boasts 1MS response times with Freesync and G-sync compatibility. Freesync and G-sync, both functions belonging to AMD and NVIDIA, respectively, are solutions created to act as more efficient “v-sync” alternatives that don’t tax the GPU heavily. V-sync is the function in games that prevents screen tearing at the cost, usually, of great performance. Having both functions available is a big plus for gamers who want to squeeze as much performance and visual quality out of their gaming experience as they can get.
Why We Recommend
Today’s Best Deals
Find on Amazon

The Xbox Series X and its 4k capabilities are a testament to the modern era of gaming, but like most good things, it requires a little work to become functional. Almost all of these monitors will provide every player with low response times and high refresh rates needed for a quality 4k /120FPS gaming experience on the Xbox Series X, and those that don’t will get players to 1440p resolutions with stunning visual quality, and will do it for far cheaper than their 4k variants. Remember: HDMI 2.1 is required for 4k / 120FPS gaming on the Xbox Series X. HDMI 2.0 will only get you to 60 FPS in 4k resolutions!