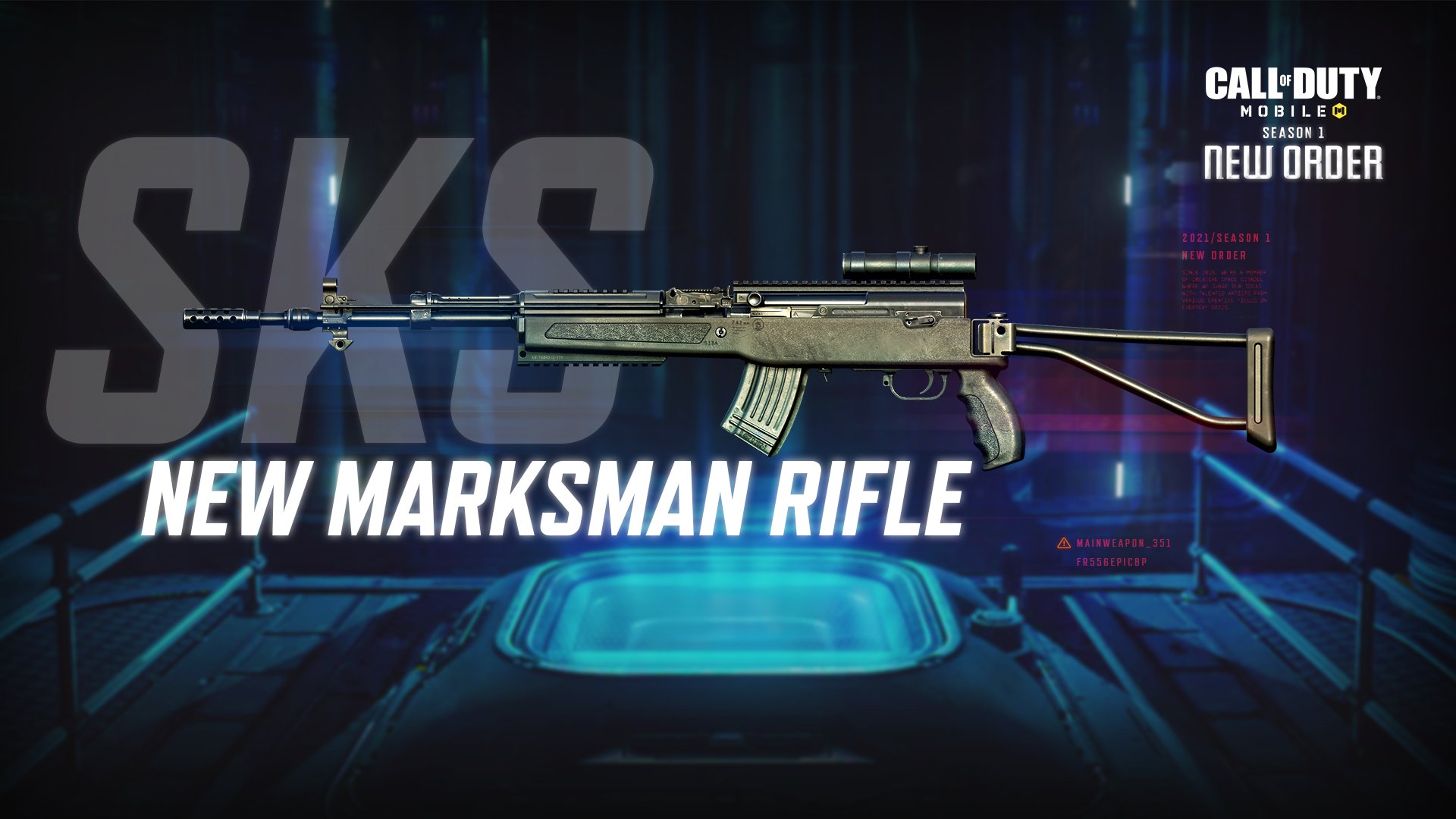 Call of Duty: Mobile’s first season of 2021 is right around the corner. It is called New Order and will introduce a number of new features to the game. Today, Activision confirmed that a new marksman rifle, the SKS, will be joining the game in season one 2021.

The marksman rifle was first teased last week. Based on the teaser, players speculated whether the new weapon could be a marksman rifle. The SKS will become the second rifle of its class in the game after the Kilo Bolt-Action, which was released in August 2020.

Being a marksman rifle, the SKS has a higher fire rate than sniper rifles and deals a lot of damage. The exact weapon stats haven’t been revealed yet.

Even though the new season is expected to begin on Jan. 26, the SKS will not be instantly available at the start of New Order. It will be released later into the season through a seasonal mission.

Other than the SKS, Call of Duty: Mobile’s season one will be bringing a new map, another weapon, modes, and more.

Related: Call of Duty: Mobile to get exclusive multiplayer map in season one

The new map is Reclaim, a medium-sized map set in an abandoned city. It is a CoD: Mobile exclusive, meaning it isn’t available in any other Call of Duty title on console or PC. The FR .556, a burst assault rifle, is the other upcoming weapon to the game.

The new modes are the Attack of the Undead 20 and the Blitz battle royale mode. This mode adds a twist to the BR mode with fewer players, a smaller playing area, and a fast-paced zone to provide intense gameplay to players.