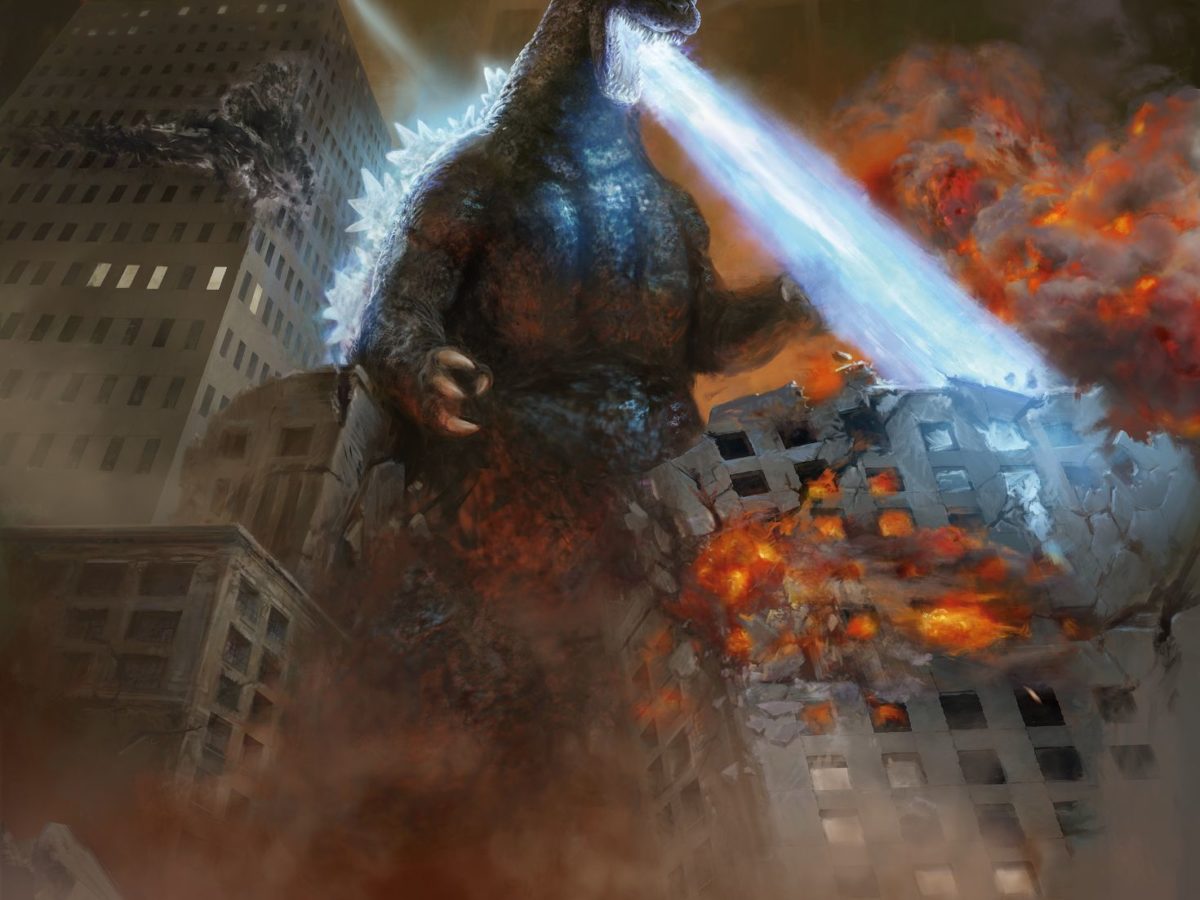 Godzilla cards debuted in Magic: The Gathering after a partnership between Wizards of the Coast and Toho Corporation, which owns the Godzilla characters. These are alternate card art for creatures from the Ikoria set.

These cards can vary from simple effects to complex abilities that can easily win you the game. WotC aimed to transpose the might of the Godzilla into MTG, and as a result some of the most powerful Ikoria set cards received their alternate Godzilla card.

Here are the best Godzilla cards in MTG.

Mothra, Supersonic Queen is a four-mana creature with decent 3/4 stats and Flying. It has a special effect which can snowball the game. If a creature without Flying dies on your side of the board, you can return it to the battlefield with the Flying effect, giving your opponent a difficult choice: either leave your attackers unblocked or kill them and give you them back with Flying.

This two-mana creature looks weak at start with 1/1 stats, but it can easily snowball out of control since it gets +1/+1 for each noncreature spell. It’s Flying ability allows it to bypass most blockers, putting a timer on your opponent’s life.

Biollante is a five-mana Legendary creature that requires three different lands to summon. It has two strong effects in Deathtouch and Lifelink, allowing you to kill any creature it encounters alongside healing you back a portion of your health. If you mutate him, you can return a lot of units to the battlefield from the graveyard, allowing you to overwhelm your opponent and score an easy win.

King Caesar, Awoken Titan is a four-mana creature with three different land requirements. The 3/5 base stats are great from the beginning, but the additional effect of Double Strike makes this a top-tier card. Additionally, if you mutate it, you can do additional damage to a creature threat on your opponent’s board while also regaining life.

Ghidorah, King of the Cosmos

Ghidorah, King of the Cosmos is one of the best choices for a tribal deck considering his three affiliations towards Beast, Elemental, or Dinosaur. For five mana you can get a 6/6 body with Flying and Trample, which is strong by itself. But if you mutate it, you can get a nonland permanent card for free on the battlefield.