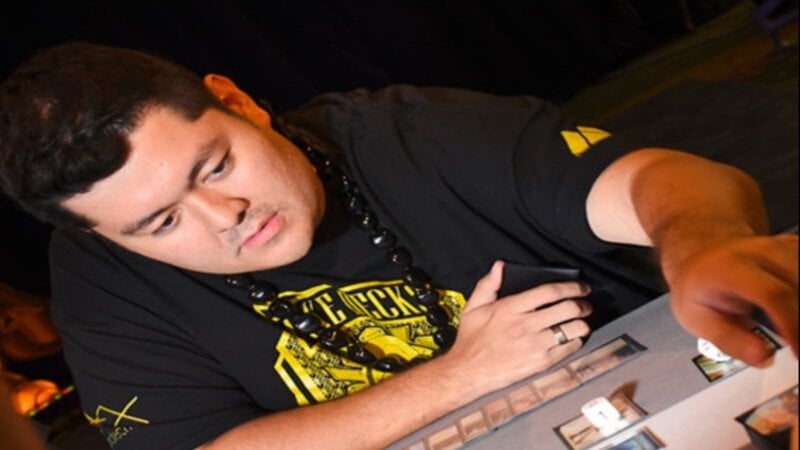 The reign of Orzhov Vampires has continued in the MTG Standard meta, but may just be temporary.

Week one of the Magic Pro League (MPL) M20 split featured six Orzhov Vampire decks out of eight competitors in the Pearl Division. For the moment, the archetype remains a tier-one deck in Standard. With the release of Throne of Eldraine, however, several main cards are rotating out, leaving some to wonder if Orzhov Vampire decks are a passing trend.

Carlos Romão stuck with his Orzhov Vampire deck, taking him all the way to the finals this past weekend against Autumn Burchett and the notorious Mono-Red Aggro. Prevailing over the most popular deck in Standard, Romão clinched the Pearl Division and earned himself a day-one bye to the MTG Arena Mythic Championship V.

The days of vampires seem numbered, though, as many expect the archetype to suffer too many heavy losses come fall rotation. Within Romão’s winning deck, 10 cards (four duel lands) are rotating out from the main deck.

Not all is doom and gloom, though. Mark Rosewater announced at San Diego Comic-Con that Throne of Eldraine would have a fairy tale theme. And with the new set should come a handful of new or reprinted vampire cards.

The loss of Adanto Vanguard and Isolated Chapel are huge. Ajani, Adversary of Tyrants can be replaced with SorinVengeful Bloodlord, which opens up the early aggro gameplay.

Legion’s Landing is another huge loss to the Orzhov Vampire archetype, but there are replacements. Combined with Sorin, Vengeful Bloodlord, Vampire of the Dire Moon is a cheap and effective replacement for Legion’s Landing. And despite not being a Vampire, Haazda Marshal could be an option for creating tokens.

One card most have missed and underestimated its importance in an Orzhov Vampire deck is Icon of Ancestry. Able to bypass Narset, Parter of Veil’s static ability in search of cards, it also boosts a chosen type of creature (Vampire) by plus one/plus one.

Orzhov Vampire might dominate for only a short time longer in Standard, but come rotation it could remain as a top archetype within MTG.