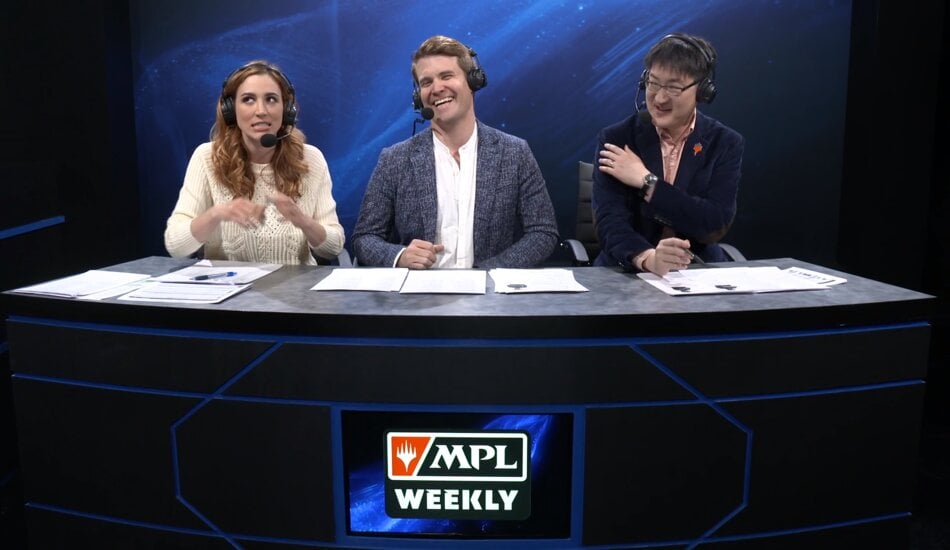 The second season (M20 split) of Magic: The Gathering MPL Weekly is coming and there’s been a shakeup in the lineups for each division.

MPL Weekly returns to Twitch with the Core Set 2020 split on Aug. 10. After a trial run with the War of the Spark split, WotC and the Magic Pro League (MPL) changed up the format and shifted the lineups in each of the four divisions.

Keeping the gameplay exciting and fair, each division (Emerald, Ruby, Saphire, and Pearl) have new players based on the previous splits rankings.

The Pearl Division is packed with top players, including Brad Nelson who went undefeated in the WotS split and Autumn Burchett who won MTG Mythic Championship I.

Players to keep an eye on in the Pearl Division include Grzegorz Kowalski, who went 3-4 in the WotS split and Piotr Głogowski, who placed second in the Mythic Invitational.

Seth Manfield is having a hot year,  teaming up with Brian Braun-Duin (BBD) to win the teams Twitch Rivals event and going 6-1 in the WotS split. His record is impressive considering he was in the same division as Nelson in the previous split.

Another name to watch for in the Emerald Division is Paulo Vitor Damo da Rosa. Going 4-3 in the WotS split, da Rosa is a beast in Magic—claiming 11 Pro Tour top eight and 19 Grand Prix top-eight finishes in his career.

Brian Braun-Duin (BBD) is a force who needs to be watched in the Sapphire Division. Creating the Esper Hero deck that Nelson played in Mythic Championship III (placing second), he also went an impressive 6-1 in the WotS split.

Keep an eye on Javier Dominguez, Ken Yukuhiro, and Lee Shi Tian too as the Sapphire Division is packed with experienced MTG players.

Of all the divisions in the M20 split, Team Ruby (not to be confused with Team RWBY) contains the most MTG Hall of Fame players. Leading off the list is William Jensen, a mastermind in playing Magic. As Nelson said in an interview this week on MTG Weekly, Jensen is the last player he wants to sit across from in a tournament.

Then there’s Reid Duke, a pro who’s finished in 28 top-eight Grand Prix and three Pro Tour tournaments. Duke is also the go-to man for everything MTG related, whether it be media coverage, gameplay, or even the business side of the game.

The round-robin matches for Core Set 2020 split begin Aug. 5 with the first airing of MPL Weekly streaming via Twitch on Aug. 10 at 5pm CT.