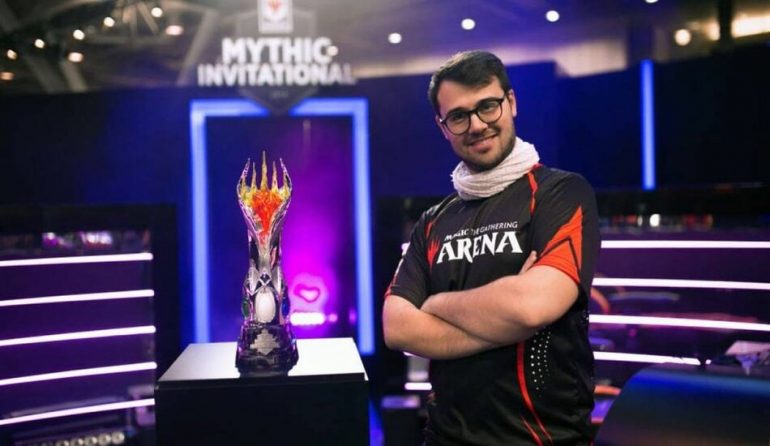 Image via Wizards of the Coast MTG Arena

The top streamers and MTG Pro players are teaming up on Twitch Rivals MTG Arena Team Challenge for a shot at $20,000 while testing out their new Core Set 2020 brews.

The M20 set hasn’t even been officially released yet, but MTGA streamers are putting their brews to the test. With hot new decks like Elementals, Vampires, Chandra—it’s anyone’s game today.

Teams to keep an eye on would be Team AndreaMengucci, featuring Mengucci (winner of the Mythic Invitational) and Javier Dominguez, who placed third on the previous Twitch Rivals event. Another dangerous combo is Seth Manfield and Brian Braun-Duin (BBD) teaming up on Team SethManfieldMTG.

BBD, for those who don’t know, is the MPL Pro who put together the Esper Hero deck that almost won Brad Nelson the MTG Mythic Championship III. Together with Manfield, these two Pros could take it all today.

Decks to be on the lookout for include Mono-Blue, Chandra Aggo, Sacrificial Rakdos, and of course the hot new Elementals. With the MTGA Metagame Challenge starting this weekend, the Twitch Rivals Team Challenge is a great way to discover and watch what’s hot in the metagame right now.

The Team Challenge on Twitch Rivals can be found streaming Live on its channel. The next tournament being featured on the Twitch Rivals channel is a Teamfight Tactics Showdown on July 17.