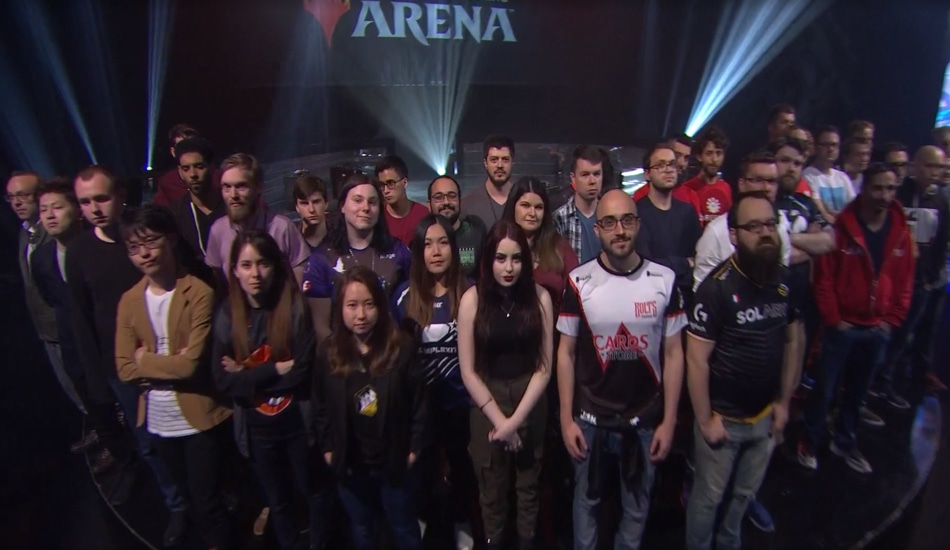 The fifth-largest Magic: The Gathering tournament of the year is underway and Oko, Thief of Crowns is already showing off why it’s such a broken planeswalker in combination with Gilded Goose and Wicked Wolf.

The first featured match of the day at Mythic Championship V was between MCIII champion Matias Leveratto playing Golgari Adventures and Chris Kvartek’s Simic Food. Leveratto started the first game off strong, dropping a Questing Beast on turn three. But Kvartek had two copies of Oko in his hand that dominated the game.

Oko disrupts the tempo of a match because it’s able to turn creatures and artifacts into a 3/3 elk without abilities while producing Food tokens. It’s also difficult to remove due to the high number of loyalty counters it has upon entering the battlefield.

Oko isn’t the most broken card in Mythic Championship V (Field of the Dead), but its disruptive nature has adjusted the Standard metagame. Similar to Teferi, Time Raveler, Oko can turn the tide of a match in just a turn or two. 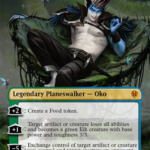 But the supporting creatures in the Simic Food deck are propelling Oko into broken status. Gilded Goose brings the crown thief into the battlefield a turn early while working as Food token engine throughout a match. Oko can then turn those tokens into 3/3 creatures, applying early pressure on an opponent or chump blocking for protection.

The other combo piece is Wicked Wolf, who can dominate the board state by powering up and becoming indestructible through the Food tokens produced by either Gilded Goose or Oko.

The combo of Gilded Goose and Wicked Wolf turned the tide of game three between Leveratto and Kvartek. Despite Levertatto having the early advantage, Kvartek broke down the Golgari Adventures deck piece by piece with Wicked Wolf feeding off Food Tokens produced by Gilded Goose. Kvartek won his first match of the day (2-1) to move one step closer to day two of MCV.

You can watch all the action unfold at Magic’s Mythic Championship V from Oct. 18 to 20.