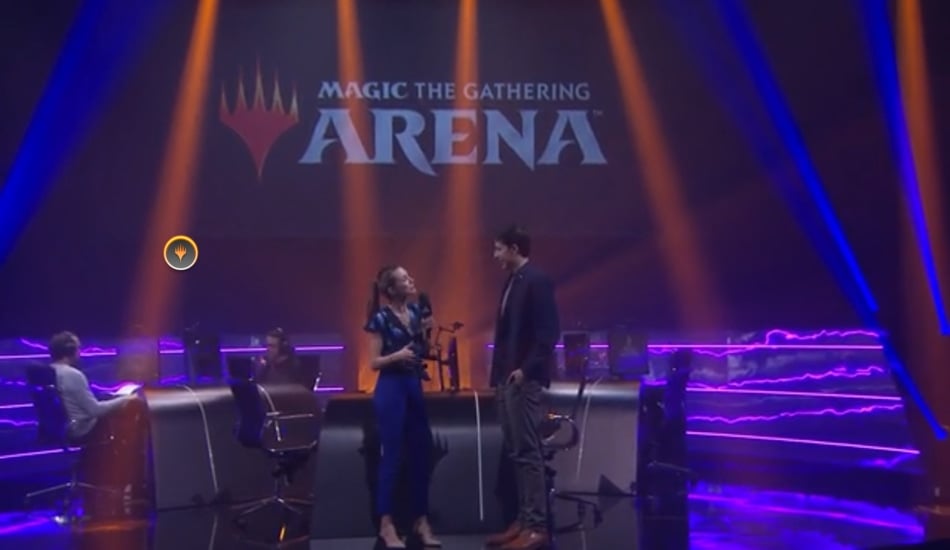 On day one of the Mythic Championship V, the spotlight stayed on the young Chris Kvartek, who went undefeated with an aggressive Simic Food deck.

Kvartek, 22, is a relatively fresh face in the Magic pro scene, having made it to the top eight during Mythic Championship II in London earlier this year. The college student memorized every card from War of the Spark before MCII, going undefeated during the Limited format rounds.

Kvartek was determined to make it into another Mythic Championship this year, dominating during the MTG Arena Qualifiers. The hard work and last-minute playtesting paid off and he earned himself a Challenger seat at MCV.

And he began day one at MCV like a veteran pro would, defeating MCIII champion Matias Leveratto in round one.

With his aggressive Bant Food deck, Kvartek was unstoppable. The final match of his day would be against long-time Magic pro and former Hearthstone champion, Stanislav Cifka. Both would play an intense best-of-three match with Kvartek coming out on top and being the first player to move onto day two.

Unlike the other Bant Food decks being played at MCV, Kvartek has three copies of Vivien, Arkbow Ranger. He also passed on the typical copies of Hydroid Krasis, adding instead four copies of Maraleaf Pixie and Brazen Borrower.

Maraleaf Pixie is an alternate ramp creature, able to tap for either Blue or Green mana. And Brazen Borrower controls the board state via its Adventure spell Petty Theft, along with having Flash when being cast as a creature.

These unique choices made by Kvartek gave him an advantage in the Mythic Championship V Standard meta. And now he has the chance to go all the way. But first, he has to get through day two before moving onto the finals and dreaming about winning the $100,000 grand prize.

Watch Kvartek in action at MCV tomorrow as he fights for a chance to make it into the finals.