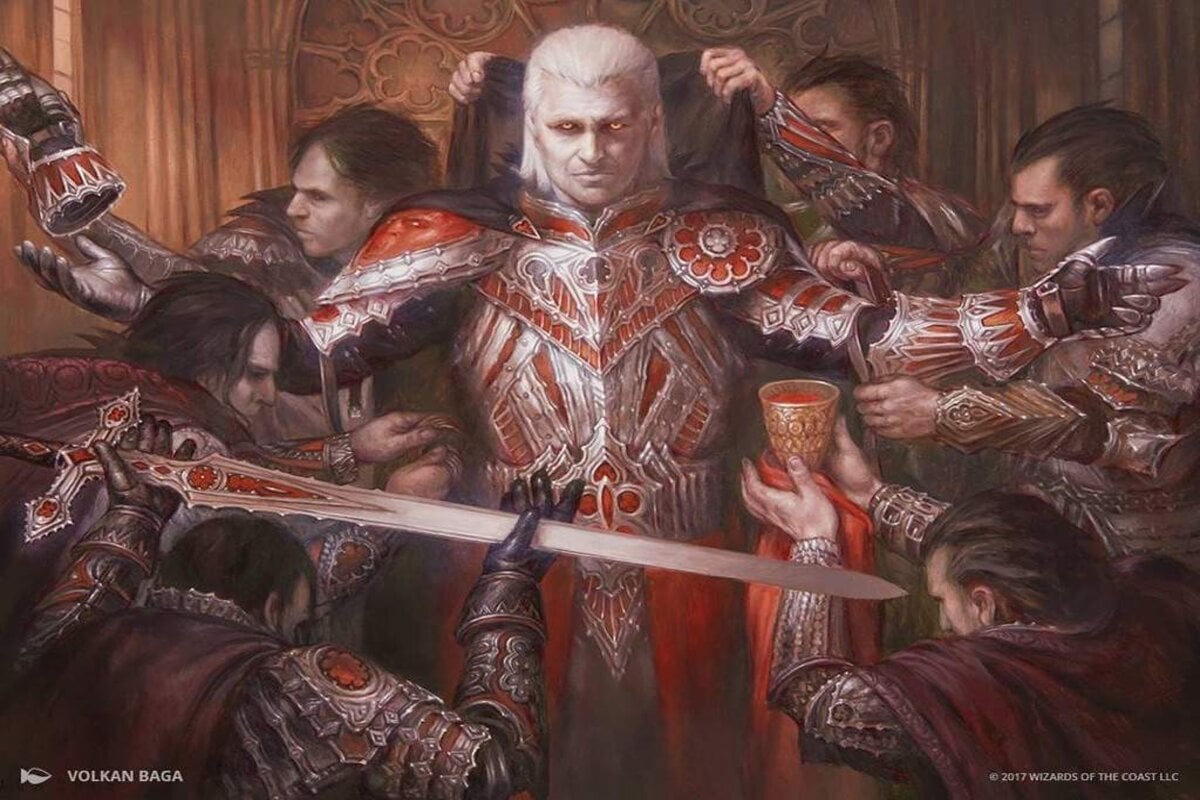 Sorin is making an appearance in the upcoming Innistrad: Midnight Hunt set via Fateful Absence, a two-drop Instant removal spell in the Magic: The Gathering color White.

The last day of Innistrad: Midnight Hunt spoilers included Fateful Absence, revealed by Channel Fireball, saving one of the best cards for last. The color White in Magic isn’t known for removal spells, making Fateful Absence a surprise and delight to have in the Standard format. It targets creatures and planeswalkers with a downside in that the target creature’s controller gains a Clue token.

Popular removal spells in White that are getting played in Standard are typically sweepers like Doomskar or creature cards that also act as removal, such as Elite Spellbinder or Skyclave Apparition. Fateful Absence provides the color White with solid removal capabilities at the cost of only two mana while also targeting planeswalkers in addition to creatures.

Investigate creates a Clue token, in which a player can draw a card upon paying two mana and sacrificing the token. It’s a downside to Fateful Absence, but one that doesn’t overshadow the Instant’s playability in Standard or Limited.

Fateful Absence also sheds some light on the lore and what may take place within Innistrad: Crimson Vow, which releases on Nov. 11 digitally. Sorin’s grandfather is Edgar Markov, the original vampire of Innistrad. And someone has stolen his body.

Werewolves and humans battle it out with the release of MID on Sept. 24 globally and Sept. 16 digitally. Vampires will become the feature via Innistrad: Crimson Vow, which releases two months after MID.