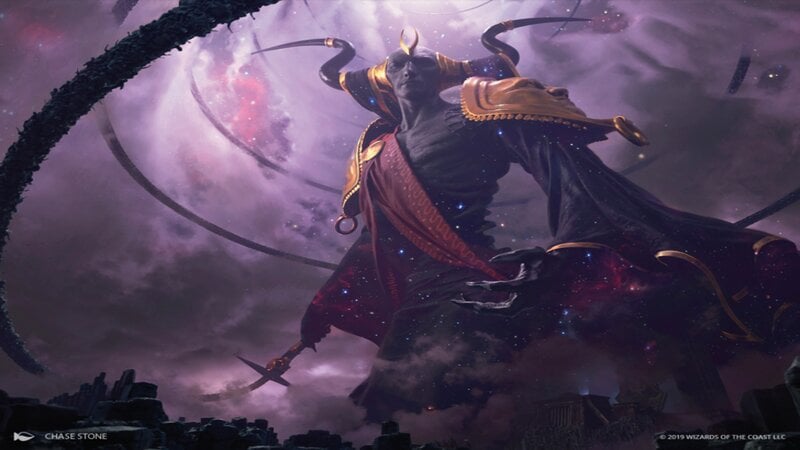 Erebos is coming back to MTG Standard with a few improvements as a Bleak-Hearted God in Theros: Beyond Death.

Originally printed in the Theros expansion, Erebos returns to Magic: The Gathering Standard with a couple of upgrades. Like the other Gods in Theros: Beyond Death (THB), Erebos, Bleak-Hearted relies on the Devotion mechanic to become a creature. He also has a passive of Indestructible and can draw cards upon a controller’s creatures dying.

Erebos has a CMC of four (one Black). He works in similar ways to Midnight Reaper and Trail of Crumbs in that when a controller’s creature dies, that player can pay two life to draw a card.

Unlike Midnight Reaper, Erebos is harder to remove once he’s on the battlefield. But a player can always choose whether to pay the two life for cantrip. At worst, he’s a combat trick and a sacrifice engine. And when the stars align, he’s a 5/6 producing card draw with the death of each of your creatures.

Erebos, Bleak-Hearted isn’t an overpowered God and will likely get played in Mono-Black decks. Even if he doesn’t get played too much, the artwork by Chase Stone is worth admiring and collecting.

Set to release digitally on Jan. 16, Theros Beyond Death has an official release date of Jan. 24.