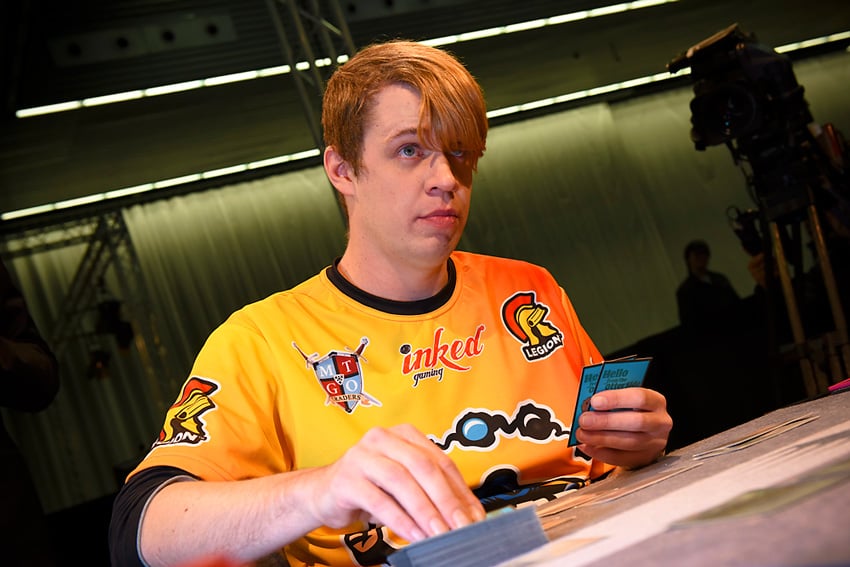 On the same day Magic: The Gathering brought two new pro players into the Magic Pro League (MPL), Gerry Thompson has said he’s had enough and stepped down.

Thompson is an advocate for Magic: The Gathering players and pros, and he’s resigning from the MPL because the changes he hoped to make aren’t happening. Wizards of the Coast, however, skipped over Thompson’s reasons and wished him “the best in his endeavors.”

This isn’t the first time Thompson has refused to play in order for his message to be heard. Prior to the World Championship in 2018, Thompson said he wouldn’t play due to poor communication from Wizards of the Coast and a lack of proper promotion and coverage of the event. He also spoke out regarding cheating during major tournaments and how punishments needed to be more severe.

Thompson spoke out about his resignation from the MPL on The GamePodcast, citing a list of reasons for his departure. One of Thompson’s biggest complaints revolves around poor communication between the MPL and its players.

“The system is currently a mess and since it doesn’t look like it will be fixed any time soon,” Thompson said. “It’s not one that I’d currently like to participate in.”

Thompson also threw Wizards of the Coast under the bus for last minute and poor organizational skills. “Communication is still lacking,” Thompson said. “Announcements for the Mythic grind, the MCQs for MCIII, and even our MPL league play were given with very little lead-in time.”

With two Mythic Championships still on the horizon for Thompson, he says he’ll honor his commitments and play (as long as he qualifies). After those are finished, though, Thompson said he wants to return to helping and educating others about Magic: The Gathering.