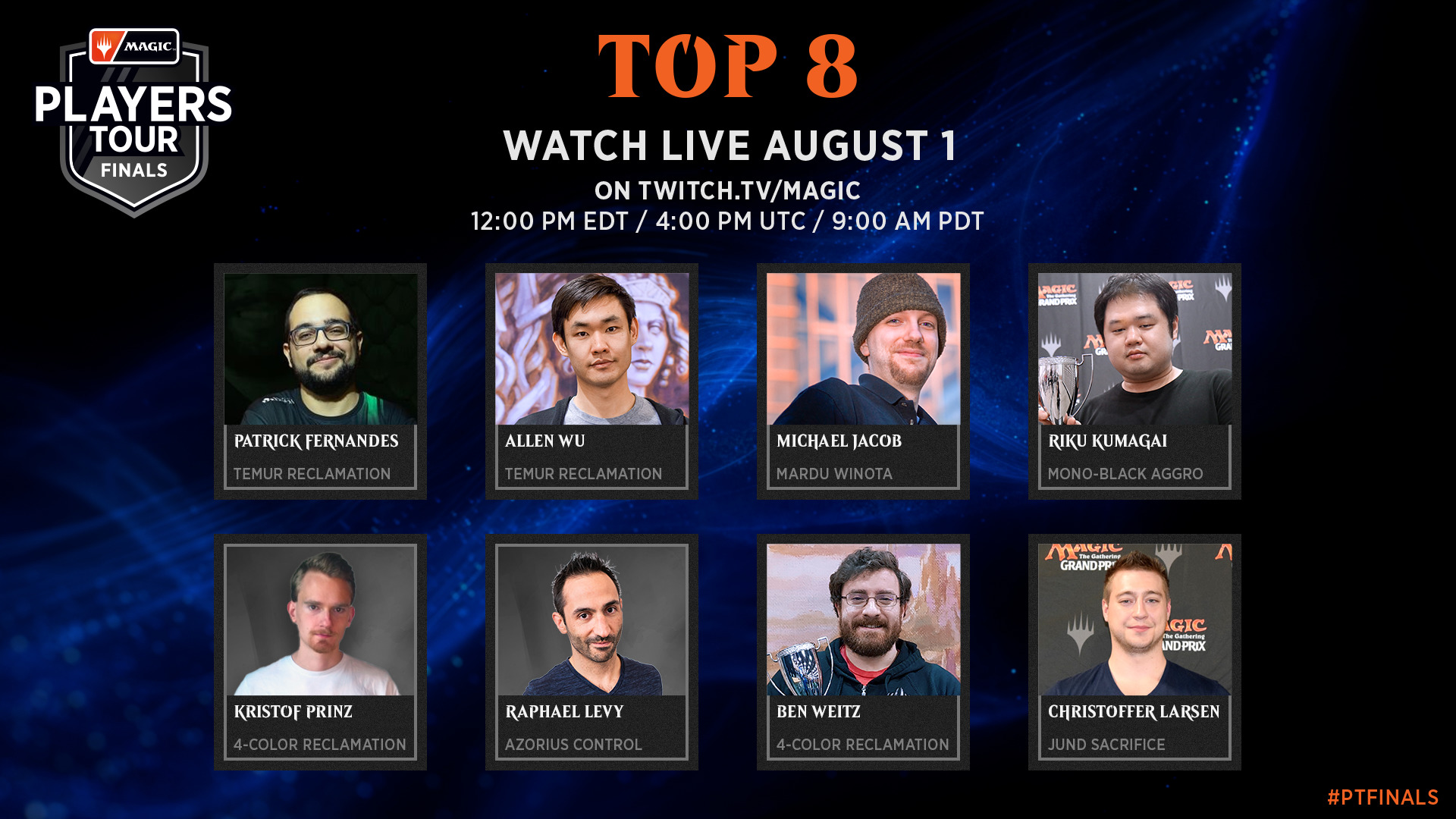 Image via Wizards of the Coast Magic The Gathering

Within the top eight, a surprising deck managed to assert dominance over Wilderness Reclamation, the Mardu Winota list piloted by Michael Jacob.

The 20-year pro secured his top-eight placing with a 10-3 record, notably going 7-0 against Wilderness Reclamation. According to Jacob, this is due to several key cards new to the deck that were released with Core Set 2021, like Selfless Savior, Basri’s Lieutenant, and Kitesail Freebooter.

“If I’m trying to make a new deck I think why did this deck not exist before? What are some cards in the new set that would make a difference,” Jacob told Dot Esports. “I think a big mistake a lot of people make whenever they’re trying to break a new format is that they don’t look for new cards to do it with. They try to make it with old cards and that’s not how it works.”

Selfless Savior is becoming a mainstay in any aggressive deck with white. It’s activated ability can protect key cards like Winota, Joiner of Forces. Basri’s Lieutenant can be hit off Winota’s trigger, buffs attacking creatures, and provides staying power by creating tokens on death. It was actually Kitesail Freebooter that surprised Jacob the most during early testing. Jacob said he noticed Mono-Black decks playing four Kitesail Freebooters in the main deck and tested the card out because of its performance in that strategy.

Wilderness Reclamation decks don’t run enough removal, which is why Mardu Winota is such a strong performer. Mardu Winota is an incredibly strong game one deck that runs opponents over. While games two and three are more difficult due to opponents sideboarding in more removal, being up 1-0 and having the next two games be toss-ups is a solid position to be in.

“(Wilderness Reclamation) is a tap out deck so they don’t leave mana open on the opponent’s turn,” Jacob said. “They don’t run sweepers main deck. If a lot of your cards cost two or less then you can actually get so far ahead they can’t actually come back with really expensive spells.”

The process of refining Mardu Winota for tournament play was done within a week before the Players Tour Finals tournament started. At that point, he was considering various strategies.

Jacob said he wasn’t going to play Mono-Red Aggro and Mono-Green was out of the picture because many decks are running Aether Gust in the main deck. Mono-White Aggro performed poorly in his tests when it wasn’t able to get the optimal opening turns. As the testing process continued, he was settling in on running Mono-Black, which impressed him during testing. But Mardu Winota caught his eye while looking at the top decklists for the Red Bull Untapped event, which made up three percent of that event’s day two decks.

His first tests with the original list didn’t go too well. But after a lengthy tuning process, he settled on his tournament list. Jacob cut most of the red cards from the original deck, which sounds counterintuitive at first but his alterations proved worthwhile. Taking out most of the red cards nullifies opposing decks that run Aether Gust in the main deck by giving them fewer targets. Changing out the standard Legion Warboss for copies of Woe Strider was one of the bigger improvements Jacob made.

“All my one and two drops were black and white so Aether Gust doesn’t work against any of them,” Jacob said. “I needed a token maker and Woe Strider came up and is exactly what I’m looking for. One of the first games I tested I went Knight of the Ebon Legion into Lazotep Reaver into Woe Strider. That’s four black creatures but the fifth creature, the token, is white which can pay for the color cost in Venerated Loxodon which is something Legion Warboss can’t do. That’s when I knew I was on to something.”

Mardu Winota is undeniably strong against Wilderness Reclamation decks but isn’t necessarily favored to win other matchups in the top eight. The hardest matchup is Azorius Control because of the amount of single-target removal and sweepers in the main deck. It’s also hard to strip Azorius Control of resources because of the plethora of ways the deck can draw cards. Mardu Winota can be competitive against Jund Sacrifice and Mono-Black Aggro. Both strategies run cards that can stall Mardu Winota’s gameplan, but Jacob said he feels he can be competitive if he’s matched up against those decks.

With COVID-19 forcing Magic events to move online, many players have been adjusting to a new competitive environment alongside a changing meta with the release of new sets. Going into the top eight this weekend, Jacob said he enjoys competing from home and generally prefers it to in-person competition. As a streamer since 2012, Jacob is comfortable with staying focused from home but has found several other advantages with remote tournaments.

“When I go to real-life tournaments, I’m often under a lot of pressure because I spent a lot of time getting there,” Jacob said. “Like, physically spent a lot of time traveling to the event and you also spent a lot of money to be there. When it comes to these online events, if I do well that’s great but If I don’t that’s fine too. That means I get to have a weekend instead of spending a Friday to travel to an event, Saturday I go 0-5 and I’m like, my flight doesn’t leave until Sunday night.”

Outside of the physical toll of travel, Jacob said being able to locally record games and review the VODs immediately after on stream is an excellent way to analyze his play and look for mistakes. “You can’t win them all. It’s just like, if you didn’t make any mistakes then there’s nothing to feel bad about,” Jacob said.

Jacob and seven other competitors are going to attempt to win it all this Saturday, Aug. 1 when the Players Tour Finals concludes on the Magic Twitch channel at 11am CT.