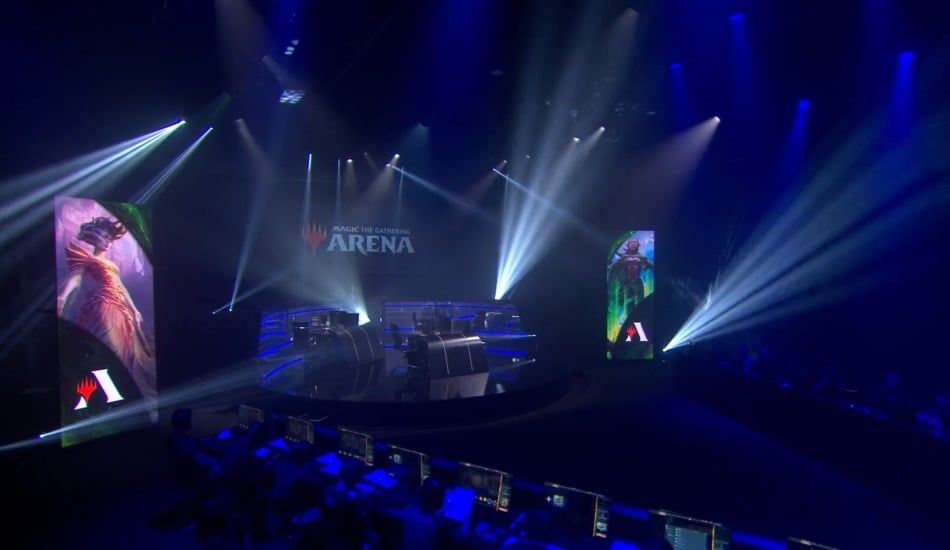 A total of 74 Magic: The Gathering players had advanced to day two at the MTG Arena Players Tour Finals, with a majority of the field playing a version of Reclamation or Bant Ramp. But a few of the off-meta decks had advanced as well and made it all the way to the top eight at the end of day two.

The top eight players will compete in the MTG Arena PT Finals on Aug. 1 for a total prize pool of $250,000. They’ll also advance to the Players Tour Grand Finals later this year, along with competitors who finished eighth to 16th at day two of the PT finals today.

Day two was another day with the meta being dominated by Temur and Four-Color Reclamation. Bant Ramp also performed well on day one, along with off-meta builds like Mono-White Aggro and Mono-Green Aggro.

Several players like Raphael Levy in the Magic Pro League and Michael Jacob brought Companion builds, earning them a spot in the top eight. And Mono-Black Aggro played by Riku Kumagai earned him a fourth-place finish at day two, and a good shot at winning the MTG Arena Finals on Aug. 1.