Going full Naruto “Dattebayo,” more ninjas are on the way. 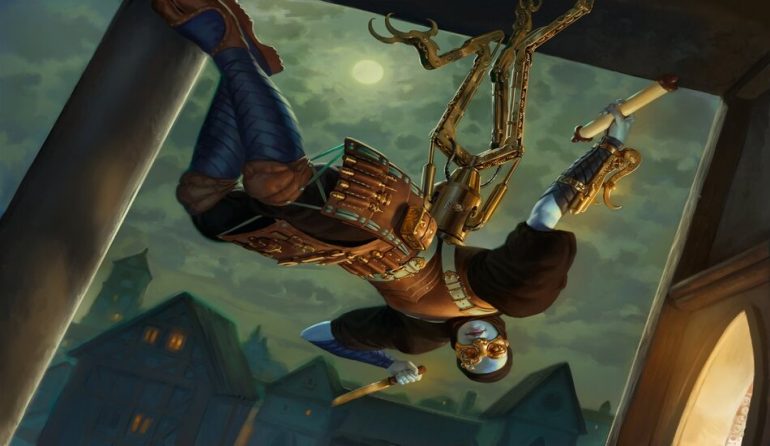 Players wanted Ninjas in Magic: The Gathering and now, according to Mark Rosewater, Modern Horizons is making them an official tribal theme.

This Veldaken ninja costs four mana (one blue, one black) to cast and has a power of two, along with a defense of three. Sticking with the symbiotic themes throughout the Modern Horizons tribals, Ingenious Infiltrator’s ninjutsu mechanic can return an unblocked attacking creature to a player’s hand for an additional cost of one blue and one black mana.

As a static ability, Ingenious Infiltrator provides card draw, in that anytime a ninja does damage to a player, the owner of that ninja may draw a card. Regarding static abilities in MTG tribal themes, having tempo and card advantage is a big deal.

“Modern Horizons was leaning toward tribal themes,” says Rosewater in his MTG article. “Ninjas seemed like a good fit.

MTG Modern Horizons releases in card form on June 13. Digitally, Modern Horizons will be available to play in full via Magic Online on June 6. In addition, there will be a pre-release weekend from June 8 to 9.