Will there be a cycle? 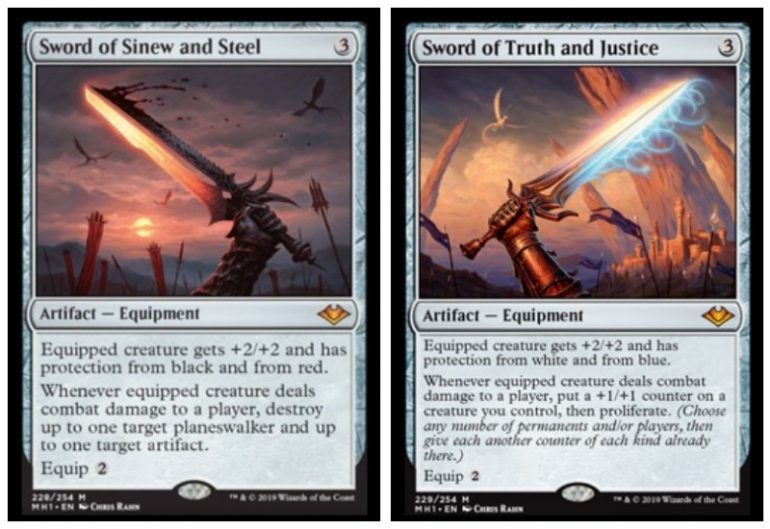 Shortly after the surprising reveal of the Sword of Truth and Justice, Magic: The Gathering released another Modern Horizons spoiler with Sword of Sinew and Steel.

Set to release on June 13, Modern Horizons is attempting to revive and further progress formats outside of Standard in Magic: The Gathering. Containing new and reprinted cards (previously illegal), formats such as Modern and Commander (EDH) will benefit the most while giving new and old fans a reason to try alternate formats in MTG.

The most recent reveals, a pair of Ally Sword Cycle artifact equipment cards, are sure to bring the boost MTG wants in EDH and Modern. Following the release of the Sword of Truth and Justice, fans got their first look at the Sword of Sinew and Steel.

This mythic rare artifact equipment card costs three mana to cast and another two to equip upon a creature. And while the cost may seem expensive, Sword of Sinew and Steel is more than worth it.

Magic: The Gathering Modern Horizons will be available for play on Magic Online starting June 6, and Wizards Play Network (WPN) game stores are having a pre-release on June 8 and 9. The official release date for the expansion is June 13.