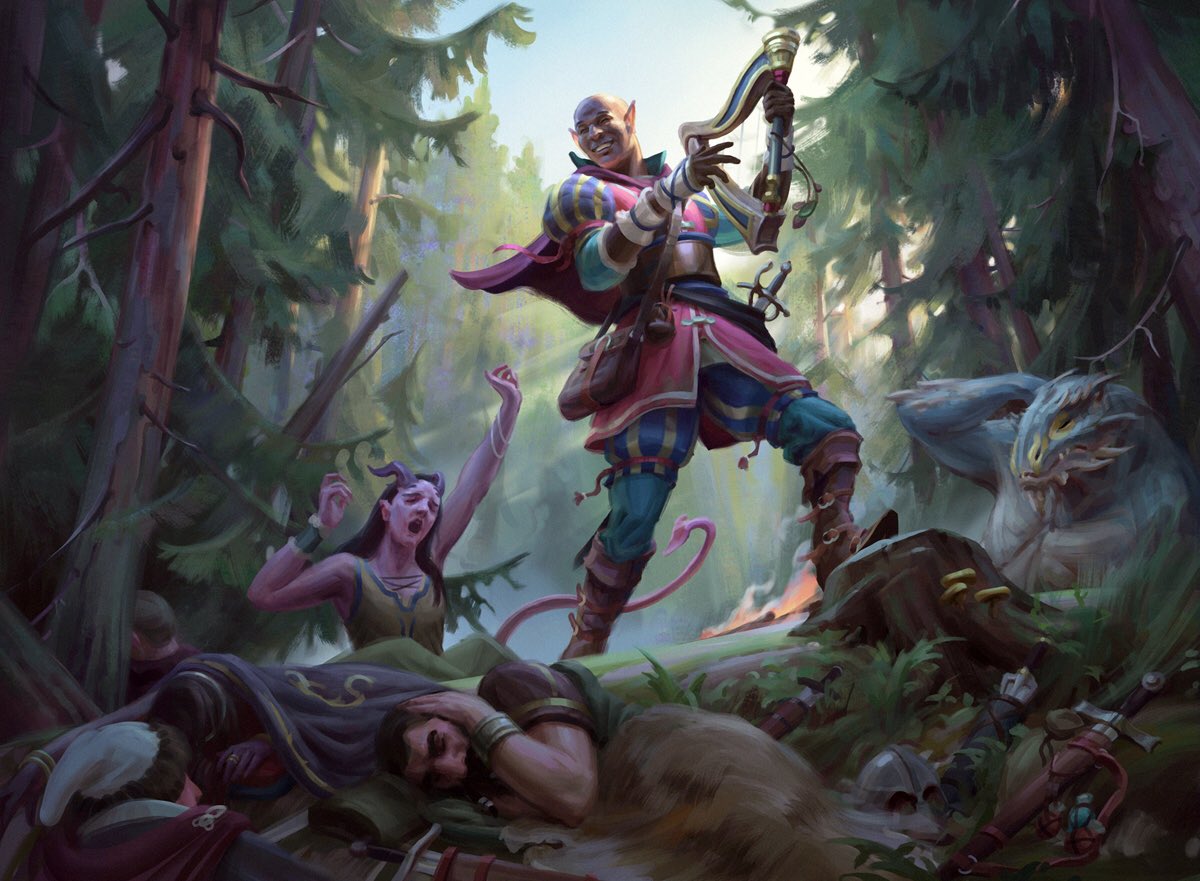 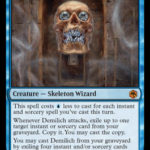 Day three of Dungeons & Dragons: Adventures in the Forgotten Realms spoilers focused heavily on dice-rolling as a mechanic.

For the first time in a black-bordered Magic: The Gathering set players will roll dice to receive a variety of effects. The random nature of rolling dice is mitigated by cards providing some value, and not many downsides, whether you roll a one or a 20.

Some cards revealed today have game-changing effects when you roll a 20, also known as a “crit” in D&D terms. Rolling a crit is a one in 20 chance of success, but the rewards are generally worth it. Adventures in the Forgotten Realms releases on Magic Arena and Magic Online on July 8. A full global tabletop launch is set for July 23.

Here are some of the best cards revealed on July 1 for Adventures in the Forgotten Realms.

Demilich is comparable to Arclight Phoenix in the sense that it’s a recurable threat that gets better when you cast a lot of Instants and Sorceries in one turn. Demilich has a reduced cost for each Instant and Sorcery you cast. The cost reduction applies even when it’s in the graveyard.

This is a card that’ll see play in older eternal formats that consistently find a way to break free spells.

The Deck of Many Things

This is a legendary Artifact with a game-winning ability if you manage to roll a crit. This is one of the few cards that makes it harder to roll a crit by subtracting from your roll for each card in hand. A Rakdos madness list could use this card because it can have an empty hand intentionally and use the graveyard as a source of card advantage.

Volo is an excellent card if you build your deck around it. The deck building cost is high, requiring Creatures with different types to take full advantage of Volo’s trigger. The reward for building a deck around Volo is great since he copies each of your Creature spells.

This day-one Commander all-star is a dice-rolling card that can exile and cast Instants and Sorceries from graveyards. On it’s floor it can be a source of graveyard hate and incidental value. At the top end, Wizard’s Spellbook takes over a game by giving you multiple free or heavily discounted spells from all graveyards.