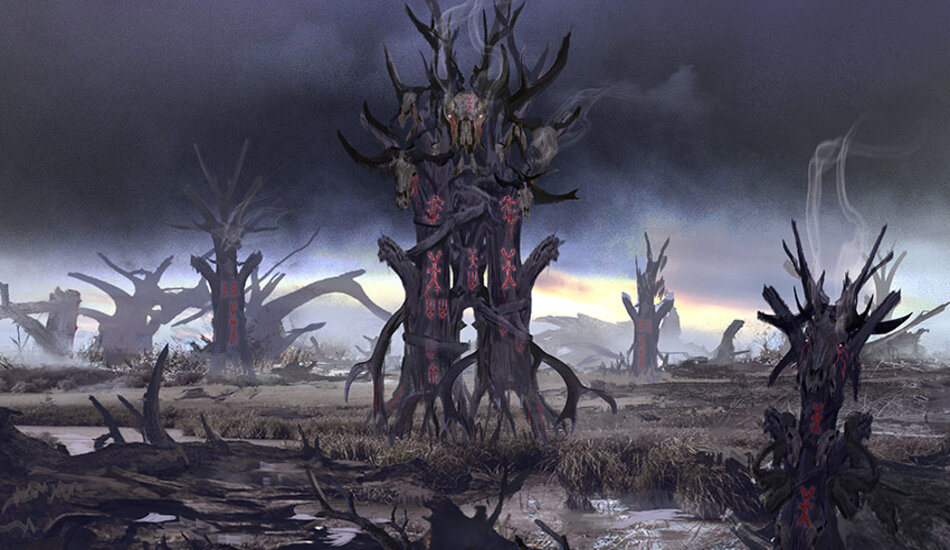 Image via Wotc Magic: The Gathering

Angels in Magic: The Gathering color Black may have received an upgrade via the Kaldheim spoiler, Eradicator Valkyrie.

The new KHM Standard-legal Magic set features a heavy metal Viking-theme, centered around 10 realms connected to the World Tree within the plane Kaldheim. Dropping in today’s round of spoilers, Eradicator Valkyrie was revealed by Carlos Romao on Twitter. It’s a four-drop 4/3 Angel Berserker with Hexproof from planeswalkers, utilizing the new Boast mechanic to eliminate an opponent’s creature or planeswalker, while also having Flying and Lifelink.

Boast is a new MTG mechanic that is activated upon attacking and can only be activated once per turn. Eradicator Valkyrie can Boast by paying 1(B) and sacrificing a creature, forcing each opponent (multiple opponents in the Commander format) to sacrifice either a creature or planeswalker. The Angel Berserker should slot nicely into Four-Color EDH Angel builds running Morophon, the Boundless but may prove too squishy to play, similar to Gisela, the Broken Blade.

Eradicator Valkyrie has plenty going for it, from Flying and Lifelink to Hexproof from planeswalkers. But with a defense of only three, it remains susceptible to a number of removal spells in all Magic formats and will likely get killed off if blocked while attacking. Despite forcing opponents to sacrifice a creature or planeswalker when Boast is activated on Eradicator Valkyrie, losing two creatures might be too high of a cost when the Angel Berserker can’t survive an attack.

Players can test out Eradicator Valkyrie within MTG Arena and MTGO formats when the KHM set releases digitally on Jan. 28. A tabletop release is scheduled to take place on Feb. 5.