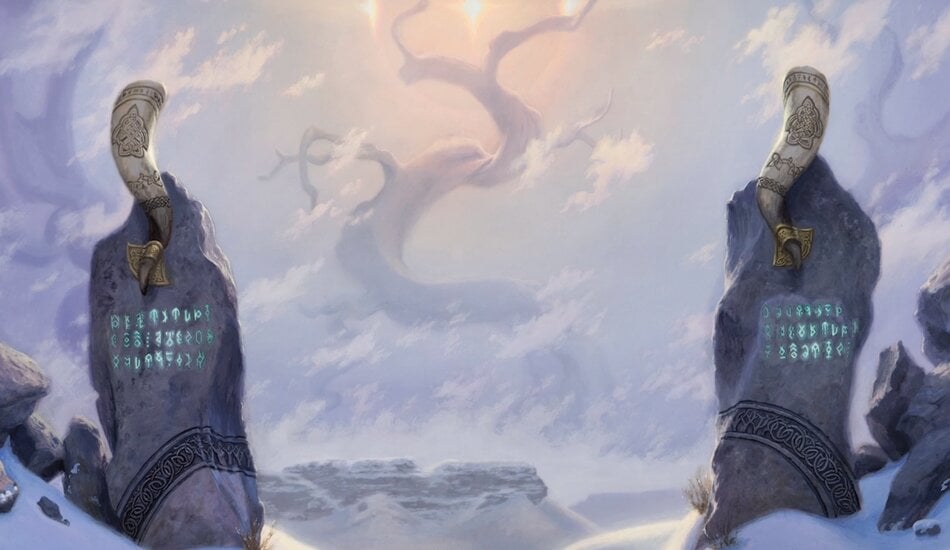 Image via Wotc Magic: the Gathering

The new Boast mechanic highlights what “Vikings do best: attack and boast about it,” Turian said. Players can activate the mechanic when a creature attacks but only once a turn. In the case of Varragoth, Bloodsky Sire, players can pay a Boast cost of 1(B) to Tutor a card.

A second new mechanic, Foretell, was also revealed today, allowing players to exile a card from hand for a cost and then cast it later for its Foretell cost. Returning mechanics within KHM are Changeling and Snow.

A digital release of KHM is scheduled for Jan. 28 in MTG Arena and MTGO. The official launch via tabletop will take place on Feb. 5.