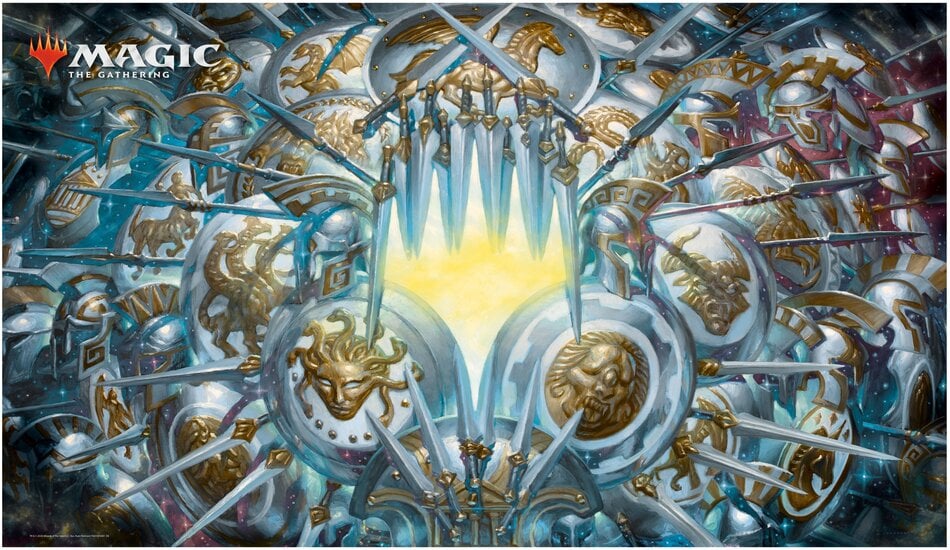 Wizards of the Coast began its Theros: Beyond Death (THB) spoiler previews on Christmas Eve with a God and a hot reprint on Christmas day.

The first Magic: The Gathering set of 202 releases on Jan. 24. Returning to the plane of Theros, first revealed in 2013, the upcoming set focuses on the underworld of Theros. And to kick off a string of THB previews being spoiled over the coming weeks, WotC revealed Klothys, God of Destiny and Gray Merchant of Asphodel.

It’s possible a multitude of multicolored Gods are coming to THB, with the first reveal being Athreos, Shroud-Veiled followed by Klothys, God of Destiny. Having a CMC of three, one Red and one Green, Klothys isn’t a typical Gruul card.

Her ability targets graveyards, similar to Deathrite Shaman, thwarting players who plan on utilizing the new THB Escape mechanic. But there’s so much more Klothys brings to the battlefield:

Klothys, God of Destiny has a slight downside, though. Until a controller’s devotion to Red and Green is seven or more, she’s just a Legendary Enchantment and not a creature. But until she does become a creature, Klothys can stop cards like Elspeth, Sun’s Nemesis from using the Escape mechanic and returning to the battlefield.

First printed in Theros, Gray Merchant of Asphodel is a welcome sight as it returns to Standard via THB. With a focus on the mechanic Devotion, Gray Merchant is ideal in Mono-Black decks and has proven himself worthy in the Pauper format.

Gray Merchant of Asphodel will likely have a huge impact in Standard and Booster Draft. With a CMC of five (two Black), it’s slightly on the pricey side. But his ability that uses devotion makes Gray Merchant worth every mana.

“When Gray Merchant of Asphodel enters the battlefield, each opponent loses X life, where X is your devotion to black. You gain life equal to the life lost this way.”

For many in the Magic community, Gray Merchant of Asphodel was a proper Christmas surprise.

“For those of you who started after Theros, do you know just who this mofo is,” said a Reddit user. “Do you know how much salt this man has dug up? This is the equivalent of the Undertaker coming out of retirement.”

Gray Merchant of Asphodel and Klothys, God of Destiny will release via MTG Arena on Jan. 16 and in tabletop on Jan. 24.