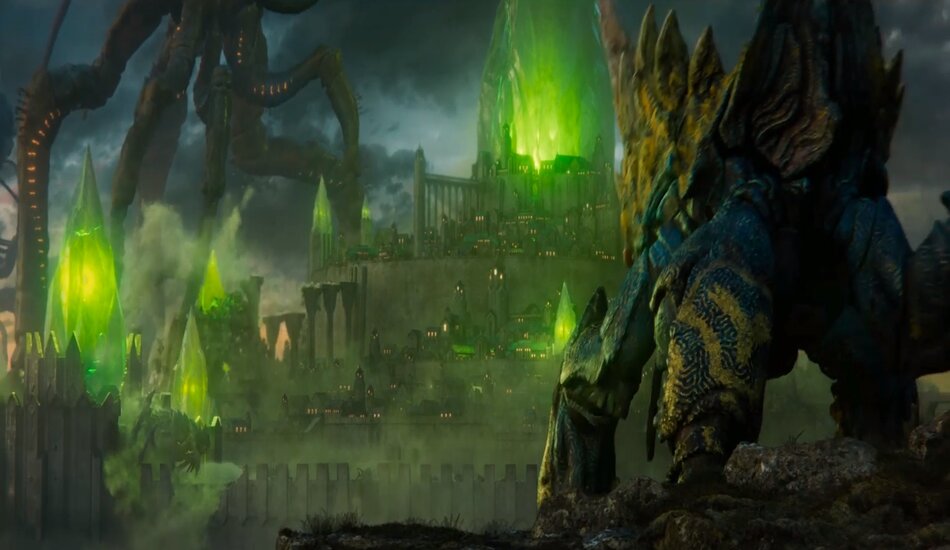 The king of monsters resides within the new Magic: The Gathering set, Ikoria: Lair of Behemoths, as its own series of alternative-art cards.

Wizards of the Coast partnered with the Toho movie company to bring monsters like Godzilla to Magic for the first time in the new IKO set.

Upon first glance, Zilortha, Strength Incarnate Godzilla seems a tad on the weak side. With a CMC of five (one Red, one Green), the king of monsters is a 7/3 with Trample. But its text changes everything up, switching power for toughness, giving Zilortha Godzilla a defense of seven. The text applies to all creatures on the battlefield, meaning creatures with a higher defense than power are at a disadvantage.

Zilortha Godzilla isn’t invincible, however, dying to THB spells like Mire’s Grasp. Any Enchantment or Instant that reduces defense three or more will take Godzilla out since it’s not considered “damage.”

Adding Godzilla to the world of MTG might seem odd to some players but it fits the overall theme of the new IKO set. Other Toho monsters are likely to join the king as spoilers continue to drop through April 9.

The new IKO set releases digitally on April 16 while booster pack sales have been postponed to May 15.