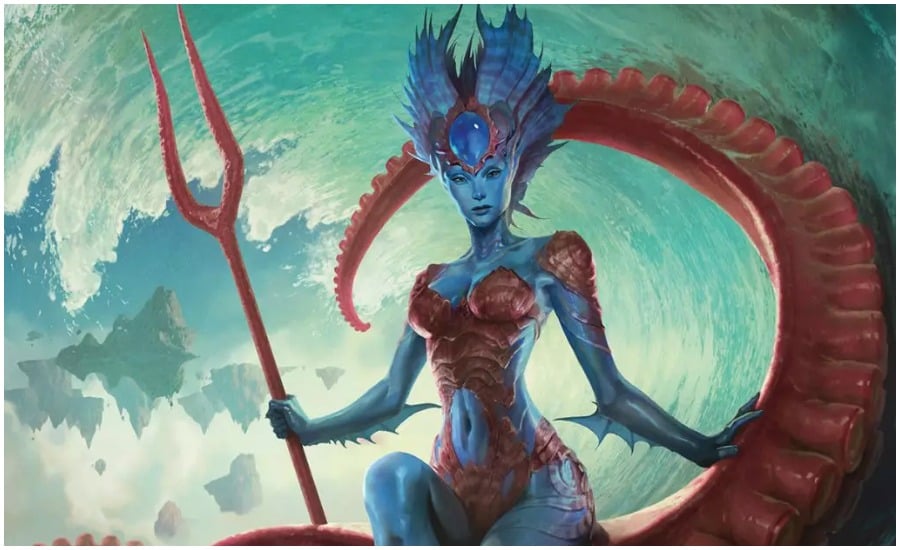 Due to the COVID-19 pandemic, the tabletop Magic: The Gathering release of Ikoria: Lair of Behemoths has been postponed in several countries.

Wizards of the Coast revealed today that the upcoming tabletop release of Ikoria: Lair of the Behemoths in MTG has been postponed in North America, South America, and Europe.

Previews for Ikoria will still start on April 2 and the online release of the set via MTGO and MTG Arena is still set for April 16. WotC had recently canceled prerelease events for Ikoria: Lair of Behemoths, canceling all WPN events until at least May 10 in North America, Europe, and Latin America. Players in the Asia-Pacific region can purchase Ikoria on April 17.

WotC has asked all WPN local game stores to follow local government and health guidelines regarding gatherings amidst concerns over the COVID-19 pandemic. In response to a reduced number of sales, store owners were given permission to sell prerelease sets and Commander boxes online with added benefits such as promo packs and cards. Normal prerelease events will take place on MTG Arena and Magic Online.

In addition to Ikoria spoilers beginning on April 2, WotC also announced the title for the upcoming ebook. Written by Django Wexler, Ikoria: Lair of Behemoths Sundred Bond is available for preorder on Amazon and will release on April 7.

No official preview of Ikoria cards have been released yet, but WotC has teased several mechanics and dropped the names of each Commander preconstructed deck. Ruthless Regiment, Arcane Maelstrom, Symbiotic Swarm, Timeless Wisdom, and Enhanced Evolution. Commander decks will also get previewed, along with Ikoria: Lair of Behemoths, starting on April 3.