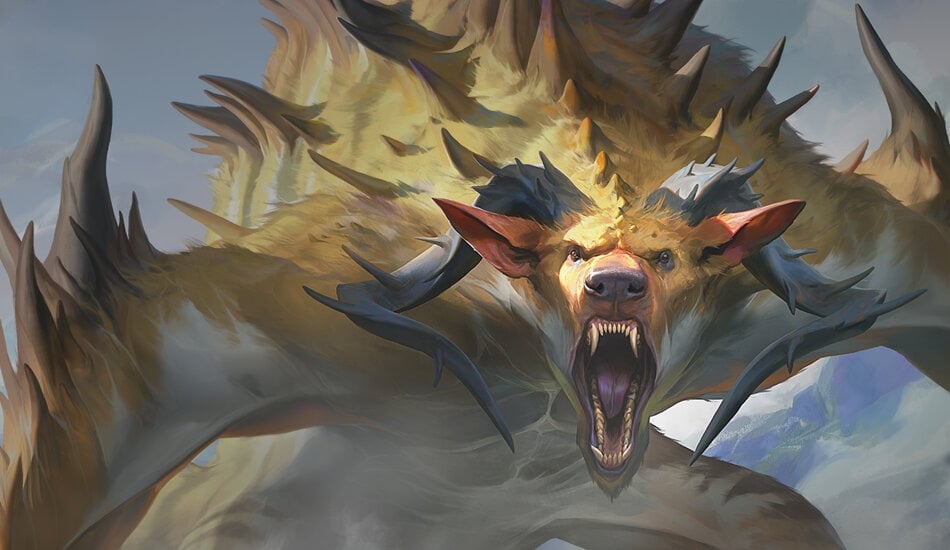 The upcoming set, Ikoria: Lair of Behemoths, releases on April 24 and will add two new mechanics. The first is Mutate, introduced through the Unsanctioned, found on the card Surgeon General Commander. Details concerning Mutate are slim at the moment and the second mechanic remains a complete mystery until spoilers for Ikoria begin on April 2.

But there was a clue suggesting the second mechanic may involve keyword counters, similar to the MTG Mystery Booster card Recycla-bird. Based on the WotC Ikoria: Lair of Behemoths distribution WPN page, prerelease packs will include one set of double-sided keyword counters. Keywords can include anything from Flying and Trample to First Strike and Haste. If a creature’s death triggers these keyword counters, expect the sacrifice archetype to once again dominate the Standard meta.

The upcoming Ikoria set is also said to contain two other mechanics, one major and the other on the small side.

“As an Arena developer, I’ve always counted four things that were a big deal for us. One of them is really small in the set though,” a WotC team member said on Reddit.

One of the other mechanics may involve another tweak to Monstrosity, similar to how Adept was created in Ravnica Allegiance. But until the Ikoria: Lair of Behemoths spoilers begin on April 2, all MTG players can do is speculate for the moment.