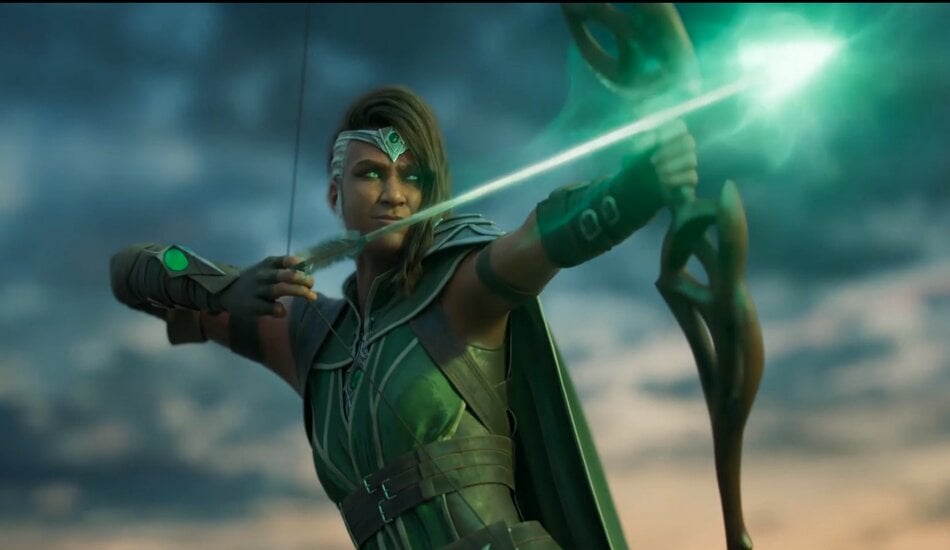 A new plane has arrived in the world of Magic: The Gathering, featuring monsters such as Godzilla and the planeswalker Vivien.

Wizards of the Coast revealed a first glimpse at the upcoming MTG set Ikoria: Lair of Behemoths today, showing off the creature-loving Vivien battling monsters powered by crystals. The Magic set transports players to a new plane loaded with never-before-seen creatures and mechanics.

Vivien is the star of the new IKO trailer, but there’s plenty of other key players within the set that weren’t featured. In a partnership between WotC and Toho, Magic now has monsters like Godzilla. And a new planeswalker, Lukka, was also revealed today. Lukka has the ability to bond with the monsters and creatures on Ikoria.

Bonding with creatures opens the door for new mechanics in Magic, like Companion. Three other mechanics were also revealed today: Mutate (new), Cycling, and Ability Counters. Creatures that Mutate have inspired new featured artwork as well. Showcase cards were first introduced with ELD, and now within IKO, players can acquire their favorite monsters via a Godzilla series.

The new Magic IKO set releases digitally on April 16 via MTGO and MTG Arena. Due to the COVID-19 pandemic, prerelease events were canceled and booster pack sales have been postponed until May 15. Players can dive deeper into the lore surrounding IKO on April 7 with the release of Ikoria: Lair of Behemoths Sundred Bond, written by  Django Wexler.