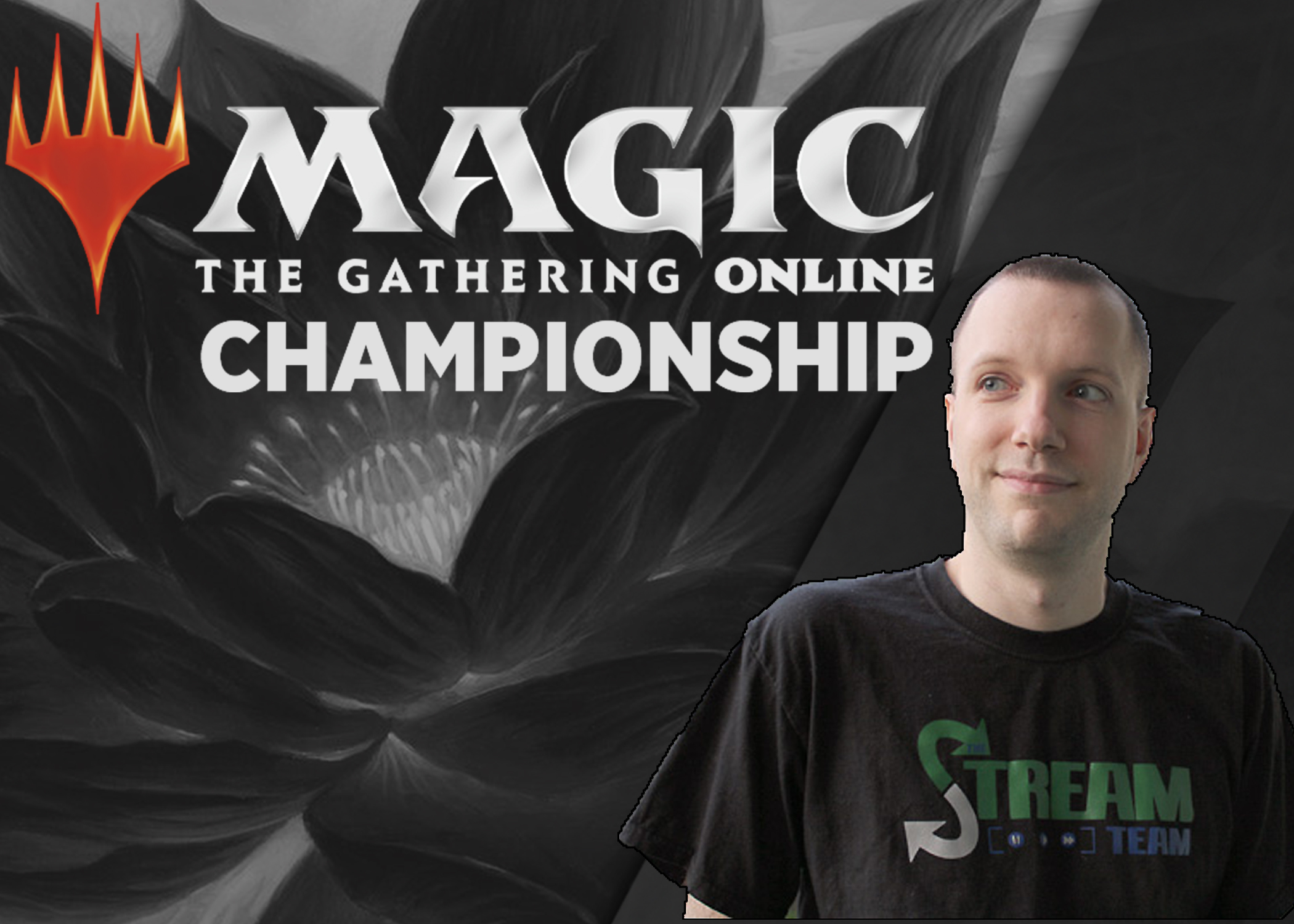 Michael Jacob is a true Magic: The Gathering veteran. The longtime pro rose to prominence as a member of the world champion U.S. national team alongside Sam Black and Paul Cheon in 2008. The past decade has been competitively quiet for Jacob while he focused on his popular stream, but 2020 became the year the Darkest Mage returned to battle.

On Nov. 15, Jacob almost doubled his career earnings by winning $50,000 after a grueling best-of-three series against Logan Nettles in the 2019 Magic Online Championship. This accomplishment came at the tail end of a year that Jacob decided to commit to his competitive career once again.

This commitment started with a victory in the Magic Online Championship Series qualification tournament in 2019. After securing a win, Jacob saw the opportunity to make a run in Magic esports throughout 2020. He referred to this momentum as getting on the proverbial Pro Tour train, where players roll one qualification into as many tournaments as they can.

“I was on the train for 10 years,” Jacob told Dot Esports. “I thought I was done. It takes so much effort to get back on the train, but I saw an opportunity when I won the MOCS a year ago. I said I’ll give it one more try to see how it goes.”

This move paid off. Alongside his Magic Online championship, Jacob secured a top-eight finish in August with his surprising Mardu Winota deck and a Players Tour Finals top-16 placing. These combined successes further qualified him for additional events, like the 2020 Grand Finals or the upcoming Zendikar Rising Championship. He’s certainly back on the train.

Jacob put in intense preparation over a 10 day period. Jacob said this was, by far, the most time he’s spent preparing for a tournament. This is understandable considering the Magic Online Championship featured a three-event bracket with Vintage Cube Draft, Pioneer, and Modern. Vintage Cube and Pioneer were hard practice, according to Jacob. Pioneer is less popular than Modern in Magic Online, which makes finding a game difficult. Vintage Cube draft wasn’t available for a large portion of his testing time. These conditions resulted in Modern being his most practiced format while Pioneer and Vintage Cube received less time.

For his constructed rounds, Jacob landed on Mono-Green Planeswalkers in Pioneer and Heliod Company in Modern, both proactive and explosive decks. Jacob wanted to find decks that can yield powerful game-winning turns without many of the glass cannon qualities of strategies like Mono-Red Aggro.

“I think it’s a sharp difference compared to what I think a lot of high-level players play,” Jacob said. “Most play blue decks with a lot of counterspells and card advantage, whereas I prefer to play decks that have nut draws that are really hard to beat.”

Heliod Company, Mono-Green Planeswalkers, and his classic Mardu Winota list all share this quality. With the right sequence, the game could be effectively over by turn four. This potent offensive game plan makes Jacob difficult to beat in game one of a series. During his finals appearance against Nettles, Jacob didn’t lose a single game one during his best-of-three series. After sideboarding, his matchups became exceedingly more difficult. During that same match, Jacob struggled in post-board games against Nettles’ value-oriented decks. For Jacob, this was an expected outcome.

Jacob dispatched Nettles during the Modern round fairly easily. It was during the Pioneer round where Nettles took advantage of his Sultai Midrange’s post-board power. Jacob lost three straight post-sideboard games leading up to the ninth and final game of the series for $50,000.

In one of the best games of Magic this year, Jacob and Nettles clashed in a back-and-forth game where each player had an opportunity to win. Despite a misplay by Jacob that snowballed into several other errors, the Darkest Mage secured the victory off an auspicious Elder Gargaroth topdeck.

This victory was extra sweet considering Jacob was one of the original Magic Online players 18 years ago during the game’s beta. He was the longest-tenured Magic Online player at the tournament and an 18-year long journey with the game came to a head with this victory.

“When the beta came out I was in it,” Jacob said. “I was really into Magic, this was during my high-school days. I wanted to play more and more Magic and that was the best way to do so. It kind of had the min-maxing that I love. I’m an RPG player. I love maxing and when it comes to Magic Online it lets you organize your collection and you can min-max as you like.”

Magic Online fed that natural brewers instinct for Jacob and the superior gameplay environment of Magic Online kept him invested for nearly two decades. For Jacob, Magic Online is a superior platform for digital Magic, despite Wizards of the Coast pushing Magic Arena as the premier method for competitive play in 2020.

The biggest issue for Jacob is the Arena clock. Players have a limited amount of time to make a game action during their turn before they get roped or timed out. In Magic Online, players can take considerably longer to perform an action, allowing for more measured gameplay. Jacob said the lack of prize support compared to Magic Online competitive events is another reason why he prefers Magic Online. The game is also home to a significantly more varied Magic environment. Arena only features Standard and Historic formats. Magic Online also includes Pioneer, Modern, Vintage, Legacy, and Commander.

Another major concern Jacob has about Arena when compared to Online is the technical issues associated with playing on Arena. The auto-tapping mechanism occasionally will suboptimally tap lands and there are instances where the platform has issues with holding priority, making complicated combos difficult to pull off.

“I want to spend my mental energy focusing on the game and one of my problems with Arena is that I have to spend a non-zero amount of my energy wrestling with the UI,” Jacob said. “I don’t want to deal with that.”

Jacob’s year isn’t over. He has a chance to end the year with another major accomplishment during the Zendikar Rising Championship in early December. He’ll play 15 Swiss rounds split between Standard and Historic in a stacked 180-person field. Jacob said he was disappointed in his performance during the 2020 Grand Finals tournament and is looking to have a bounce-back weekend.

“In the Grand Finals I tested for that one poorly and my deck choices were pretty bad,” Jacob said. “I had this bad mentality from my earlier days that I’d rather play something that I like, rather than something that is good. That’s not how you win tournaments.”

As Jacob continues the second wind of his competitive career, he remains committed to leveraging his success into boosting his stream. Already one of the top Magic streamers on Twitch, the Darkest Mage is looking to possibly transition into full-time content creation, helped by the synergistic relationship of his competitive and streaming life.

You can watch Jacob in the Zendikar Rising Championship tournament from Dec. 4 to 6. Coverage starts at 11am CT each day on the Magic Twitch channel.