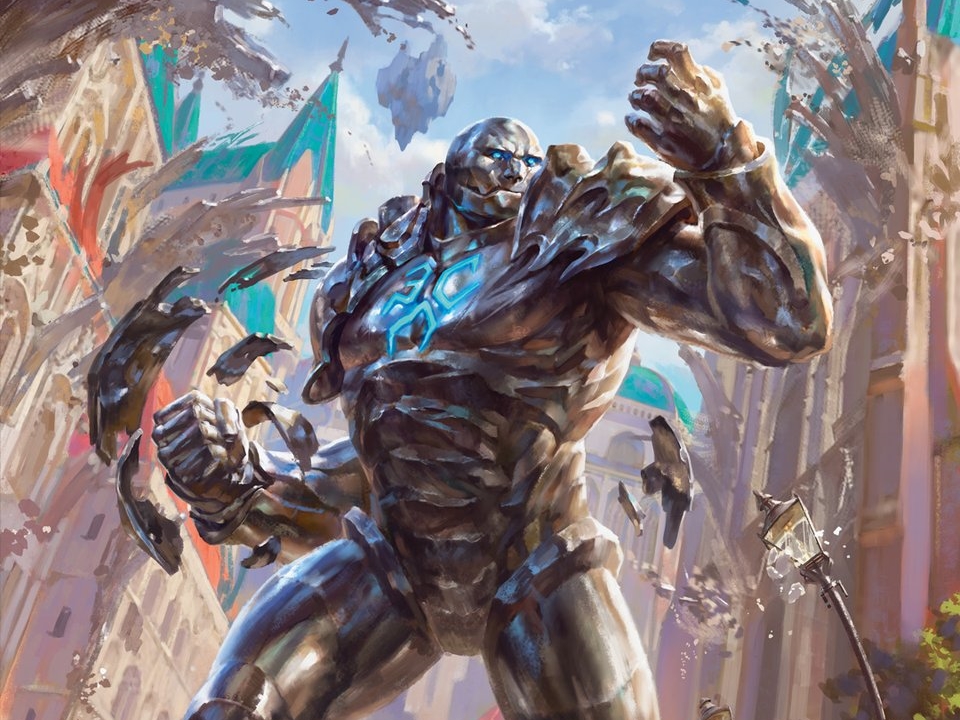 Michael Jacob won the 2019 Magic Online Championship today after a grueling best-of-three series against Logan Nettles and three days of competition this weekend.

The MTG veteran will take home $50,000 with a 2-1 series victory against Nettles, who battled with Jacob for nine straight games in a razor-thin set. Jacob fought through Vintage Cube, Modern, and Pioneer through two days of competition to earn a top-four spot. Each game in the top four was single-elimination best-of-three matches in Modern and Pioneer. Jacob piloted Selesnya Heliod Company in Modern and Mono-Green Planeswalkers in Pioneer.

Jacob dispatched Matti Kuisma 2-0 to earn his spot in the finals. Nettles defeated Oliver Tiu to set up the $50,000 matchup. The series did not disappoint. In what was one of the most exciting Magic esports games of the year, Jacob and Nettles had three 2-1 matches in a row.

In match one of the best-of-three set, Nettles found himself in a tough matchup against Jacob’s Selesnya Heliod Company list. The tough matchup didn’t break his way as Jacob took the match 2-1 on the back of threats like Scavenging Ooze. The series took a turn during the Pioneer round.

Early in match two, It looked like Jacob was headed to a quick championship after a strong game one. While it was a close game, Jacob navigated the tricky board Sultai Midrange creates to find a lethal attack step. The story of the series then became Jacob’s struggles post-sideboard. In games two and three, Jacob couldn’t get started and his slow starts allowed Nettles to secure full control of the games.

The higher seed advantage played into Nettles’ hand in game three. He chose Pioneer, which is a format where he looked favored to win after a strong match two. With the stakes at their highest, both players took a measured approach to the match. Jacob developed an aggressive board with Nissa, Who Shakes the World, and Voracious Hydra to seal the deal on game one. The match began looking eerily similar to the previous match with Jacob missing several key land drops and Nettles taking advantage.

With match three tied 1-1, the tournament championship came down to one game. Jacob had his best post-sideboard game in the entire series in its most crucial moment. After sticking multiple planeswalkers and an Elder Gargaroth, it appeared Jacob was primed to run away with the game. A series of wild momentum shifts occurred over the course of several turns with Nettles finding a clutch Murderous Rider to deal with Jacob’s threats.

Jacob’s Grafdigger’s Cage should be the most valuable card of the series as it prevented Nettles from furthering his advantage by escaping Uro, Titan of Nature’s Wrath. This gave Jacob the time to find another Gargaroth and set himself up for a game-winning push. Once Jacob cast Ulamog, the Ceaseless Hunger his inevitable tournament victory became clear.

Jacob was the veteran of the tournament who created a Magic Online account on day one. The tournament win marks one of the biggest moments of his career. The prolific streamer has found solid success this year with good performances in Magic Esports Standard and Historic events. Jacob is set to return for the Zendikar Rising Split championship on Dec. 4 to 6.