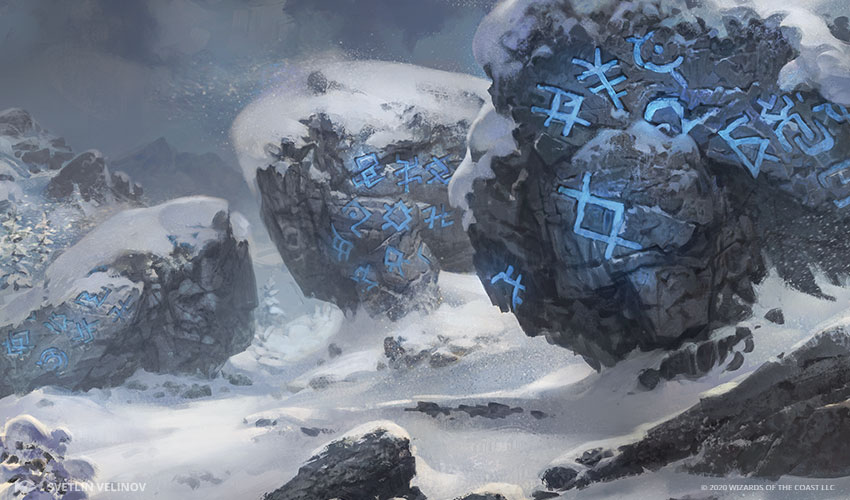 Sealed in Magic: The Gathering has overtaken Draft as the Limited competitive format, via MTG Arena, amidst the COVID-19 pandemic.

Limited has returned to competitive Magic during the COVID-19 pandemic via the Sealed format. Similar to Draft, Magic’s other Limited format, Sealed is played from cards opened through booster packs. But there are major differences between the two formats in terms of how players acquire the cards to build a deck and the gameplay strategies that are implemented.

From the basics to match-winning tips, here’s everything you need to know about playing the MTG Sealed format.

Players are provided with six booster packs when playing Sealed and are required to build a deck using a minimum of 40 cards, including basic lands (provided by a local game store or MTG Arena if playing digitally). Special types of lands, such as Pathway or Snow, can only be included in the deck if they come from one of the six booster packs.

A typical deck in Sealed contains around 22 to 23 cards with 17 to 18 lands. Of the 22 to 23 cards, around 13 to 17 should be creatures if you’re playing an Aggro or Midrange archetype. Control decks will naturally have fewer creatures and more spells.

All cards not included in the 40-card deck are considered a player’s sideboard. This is drastically different from Constructed and Limited Draft, where sideboards contain a maximum of 15 cards. In a best-of-three match, players may swap out cards from their sideboard to their main deck in between games.

New players to Magic are taught to always craft a deck “on curve” and with synergies. These foundational concepts are true in every MTG format, except Limited Sealed. Unlike Draft, where competitors pass the packs around the pod, players must use the cards they receive from the six booster packs in Sealed.

Synergies are still important to recognize, as is playing “on curve” if possible. Individual cards that contain powerful stats while providing value should be the top priority. Often called “bombs” within a set, these powerful cards typically have a rarity of Mythic Rare or Rare. They can be creatures, planeswalkers, equipment, and even removal. Using the MTG Kaldheim set as an example, there are 15 powerful bombs that all players should be aware of.

Bombs can be splashed (of a different color than the primary colors chosen) or simply built around. Without a powerful finisher and an unconditional removal card in a player’s deck, the likelihood of winning matches decreases dramatically. Once the bombs are established, then a player can begin building a deck around those cards. In tabletop Sealed, players have 45 minutes to build a deck whereas there’s no time limit digitally—unless specified during a competitive event.

The pace of a Sealed game is much slower than Draft or Constructed. Most players are unable to craft a deck on a typical curve, putting an emphasis on maintaining board strength and life points until they’re able to cast their most powerful card. Aggro decks can thrive under these circumstances, only if a player should “high roll” a large number of cheap and powerful creatures within two specific colors. The same is true for synergy decks, but these are typically exceptions to the norm.

A majority of the archetypes that players will face off against will be Midrange and Control. A competitor within Sealed should play conservatively and patiently. Don’t waste removal on a three-drop 3/3 creature when it’s likely that a 5/4 Flyer or 6/6 with Trample can be cast on turns five to seven. And don’t cast your most powerful creature against an opponent playing Blue with open mana.

When playing in a best-of-three Sealed format, players should use their sideboard as much as possible. Cards that are considered weak under normal circumstances can become game-changers depending on what your opponent is playing. Due to the number of cards a player has access to in a Sealed sideboard, it’s possible to remove a whole color in exchange for another that can deal with an opponent’s threats. If an opponent has several powerful game-ending creatures and you have multiple counterspells in Blue in your sideboard, then slotting Blue in over another color should become a priority.

Splashing a bomb of a third color should be a priority when a player has a solid number of creatures and spells in two colors. Mono-colored decks typically aren’t possible due to how booster packs are constructed.

Once establishing the bombs to build around or splash, players should then consider synergies and mana curve. But a player shouldn’t get too attached to a specific synergy when playing a best-of-three, especially if an opponent’s deck can beat those synergies. Be aware of “situational” cards that can get swapped out from the sideboard in between games and always play flexibly.

Players should also have some general knowledge of all the cards. It’s important to know which cards are considered bombs and what removal spells are best for dealing with those powerful creatures. Another tip is to not always choose “Play” over “Draw.” Playing with patience is key to winning games in MTG Sealed, meaning going second can have its advantages.

Randomness and luck will always play a role in Magic. There’s a common misconception, though, that Sealed isn’t as competitive as Draft due to the randomness of what cards were in your six booster packs. While it’s true that players have more control over the decks they build in Draft, players can still have equal control over what their decks look like in Sealed, too.

Playing flexibly is the key to winning games and matches. Be open to swapping out cards, combos, synergies, and even colors. Use the information available to make the best MTG deck possible. Players need to be aware of how all the cards in a set work, in addition to how their opponent is using those cards. Sealed in Magic can be just as fun as Draft, challenging players to think outside the box and put their skills to the test.