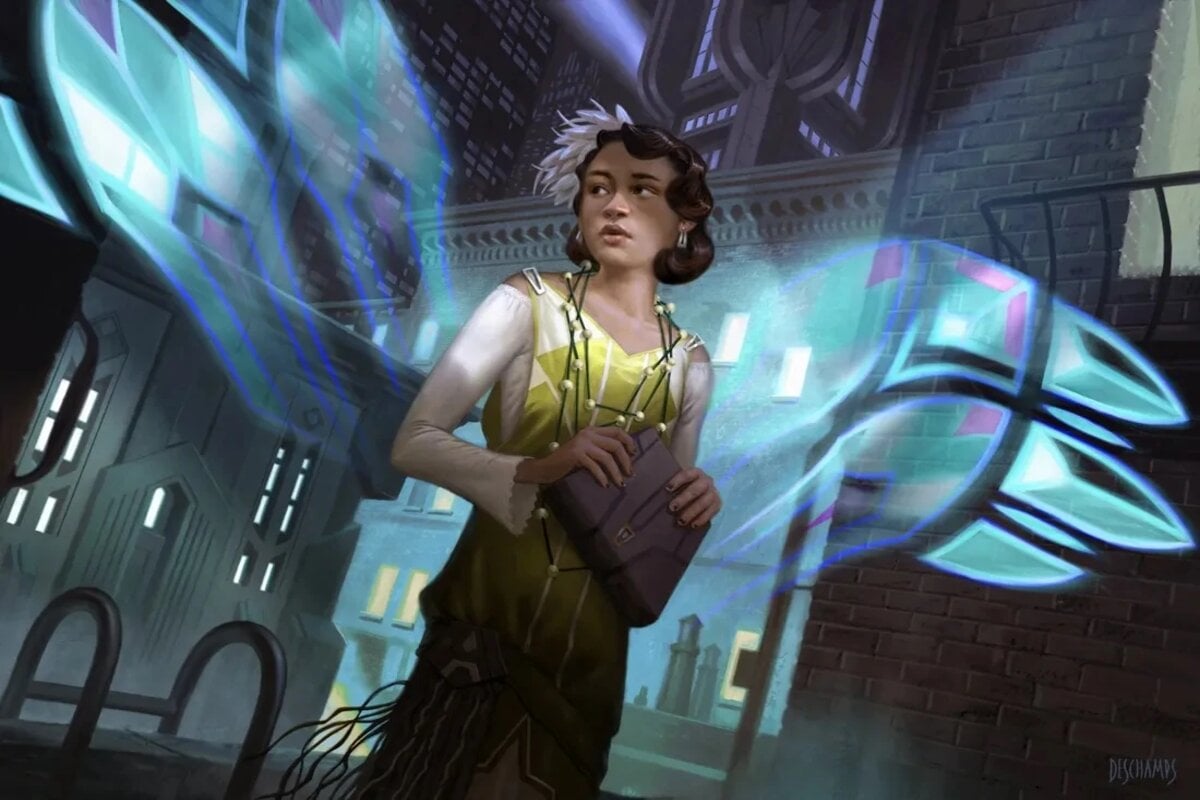 Angel tribal returns to Magic: The Gathering with the addition of Giada, Font of Hope from the Streets of New Capenna set, enabling builds in several colors.

Giada, Font of Hope is literally the hope tribal angel players have been patiently waiting for, creating opportunities for angel decks to succeed in a number of Magic formats. Released via the Streets of New Capenna (SNC) set, the legendary angel is a two-drop with Flying and Vigilance that pumps the power and toughness of angels as they enter the battlefield. And as an added bonus, she can tap to provide one White mana, used to cast an angel spell.

The issue with angel tribal builds has always been a cost issue, with a majority of the good angel cards having a CMC of four or higher. Giada changes that, providing scaling value to every angel that enters the battlefield and ramp. In conjunction with Youthful Valkyrie and Righteous Valkyrie, angel tribal decks in MTG finally have a solid early game foundation to build off of.

Within the Standard format, Giada, Font of Hope has spawned an Orzhov tribal angel deck that has initially performed strongly on the Ranked MTG Arena ladder, along with other builds that have potential.

Inspiring Overseer isn’t an exceptionally strong angel, but it does provide card draw and can scale in power and toughness via Giada, Font of Hope. The planeswalker Elspeth synergizes with angels while supporting creature heavy builds. And Sanctuary Warden is a solid top-end finisher.

In conjunction with the new SNC cards, Davis includes a few staples from previous MTG sets that tie the deck together. Firja’s Retribution creates an angel and can act as a powerful form of removal with angels on the battlefield. Renegade Reaper is a cheap angel with solid stats that also synergizes with Tenacious Underdog. And Liesa, Forgotten Archangel continually reanimates creatures that die from your graveyard to hand.

Showcasing a 10-1 record on May 2 via the MTG Arena best-of-three ladder, according to MTGdecks, was an Esper angel Giada deck played by Tabananga. The build contains many of the same staple cards found in the Orzhov Giada deck, along with additional removal and protection by adding the color Blue.

Linvala, Shield of Sea Gate is a strong addition to the Giada Esper angel deck, able to sacrifice itself to provide your angels on the battlefield via Hexproof or Indistrctable, which is needed due to the number of board wipes within the Standard meta. And with Liesa, Forgotten Archangel on the battlefield, the angel wizard returns to your hand after sacrificing herself.

Tabananga’s deck also takes advantage of those board wipes, adding two copies of Meathook Massacre while capitalizing on powerful angel cards like Starnheim Unleashed and Emeria’s Call. And with the addition of Blue, the sideboard is packed with value via two copies of Kaito Shizuki, Void Rend, Spell Pierce, and Disdainful Stroke.

Like most well-performing decks on the MTG Arena Ranked ladder, they are packed with Mythic Rare and Rare cards—with a majority of those Wildcards contained in Rare lands. The Mono-White Giada angels deck by LegenVD provides players a chance to enjoy the tribal build without investing additional resources into multicolor lands via a best-of-one deck.

Giada, Font of Hope, and Righteous Valkyrie are the shell of the Mono-White build, with additions like Starnheim Aspirant reducing the cost of all your angels by two. LegenVD also includes four copies of Sanctuary Warden, along with two copies of Valkyrie Harbinger as top-end finishers.

Doomskar takes care of Aggro decks while March of Otherworldly Light is a unique form of removal within the Mono-White angel deck.

Tribal angels are fun to play and the release of SNC has opened the best-of-one format for a variety of multicolor decks. Our version of four-color Giada angels is more jank than competitive, but it’s a guaranteed blast to play and has potential on the MTG Arena Ranked ladder as well.

Incorporating all the best angel cards and strategies found within the Orzhov and Esper Giada angel decks, this four-color version only uses the color Black for Liesa, Forgotten Archangel and leans more into the color Green via shapeshifters and the new SNC card Brokers Ascendancy.

Realmwalker is the sleeper of the four-color Giada angels deck, providing you access to cast creatures off the top of your library. In conjunction with Starnheim Aspirant, angels will flood the battlefield quickly, with each of them scaling in power and toughness thanks to Giada, Font of Hope.

Removal is light within the deck, using Masked Vandal (another shapeshifter) to deal with Artifacts and Enchantments, while Fateful Absence and Vanishing Verse can deal with pesky creatures and planeswalkers. And two copies of Linvala, Shield of Sea Gate provide protection from board wipes.

Despite having four colors, the deck has a decent tempo, similar to the Esper build. And the addition of Brokers Ascendancy is the true top-end finisher of the Giada four-color deck. As if the scaling in power and toughness from Giada wasn’t enough, Brokers Ascendancy pumps every creature with a +1/+1 counter and planeswalkers with a loyalty counter at the beginning of your end step—leaving room to put planeswalkers like Kaito, Elspeth, and even The Wandering Emperor in your sideboard for best-of-three matches.