The spoiler season for Throne of Eldraine is officially underway with the reveal of the two Magic: The Gathering planeswalker decks led by Rowan Kenrith and Oko.

With only two planeswalker (PW) decks and three total planeswalkers in the Throne of Eldraine (ELD) set, Rowan and Oko aren’t your typical PW deck cards. And the same can be said for the other eight spoilers that dropped this morning—Oko and Rowan’s supporting cast within the MTG planeswalker decks.

Magic’s head designer Mark Rosewater revealed earlier this week that Rowan and Will Kenrith would share a planeswalker card within the Throne of Eldraine set. And while the MTG community is still waiting for The Royal Scions to officially drop, Rowan has gone solo with her own planeswalker card: Rowan, Intrepid Sparkmage.

The new fey planeswalker Oko is stepping out into the limelight. Revealed earlier in the week as a trickster (Oko, Thief of Crowns), his planeswalker card (Oko, the Finassier) highlights Oko’s scheming nature.

Planeswalker decks in MTG have a reputation of being on the weaker side. As preconstructed decks, their design is often catered toward beginning players. Based on the Rowan and Oko planeswalker deck card reveals and their supporting cast, the Throne of Eldraine set has the potential to break out in power over previous PW decks.

The following cards have been translated from French to English. There may be some discrepancies.

This is a sorcery card that gives a creature you control power and toughness of 3/3 until end of turn. It also lets the player search their library, and/or graveyard for Oko, the Finnasier. The player then must reveal Oko, the Finnaser and put it into their hand.

And the flavor text says it all, according to the translation from a Reddit user. “My advisers recommend letting them eat you.”

Oko’s Accomplices is a two/three fairy creature with flying.

Ronceesfort Fawn is a two/two creature with a beefy mana ability. For eight mana, “creature has power and endurance of 10/10 until end of turn. Only activate this ability if you control an Oko planeswalker.

Garrison Griffon is a two/two flying creature. Its static ability reads “each time the creature attacks, target knight you control gains flying until end of turn.”

Rowan’s Bodyguard is a three/three creature with haste. It also gets +3/0, as long as the player controls a Rowan planeswalker.

Rowan’s Braves is a five/two creature who has an enter-the-battlefield effect. When it comes into play, search your library and/or graveyard for Rowan, Intrepid Sparkmage. Reveal it and then put it into your hand. 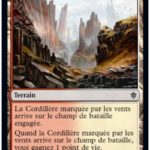 Related: A viewer’s guide to every Throne of Eldraine spoiler release

The Throne of Eldraine set with Rowan and Oko’s planeswalker preconstructed decks releases on Sept. 29 via an MTG special event and officially on Oct. 4.