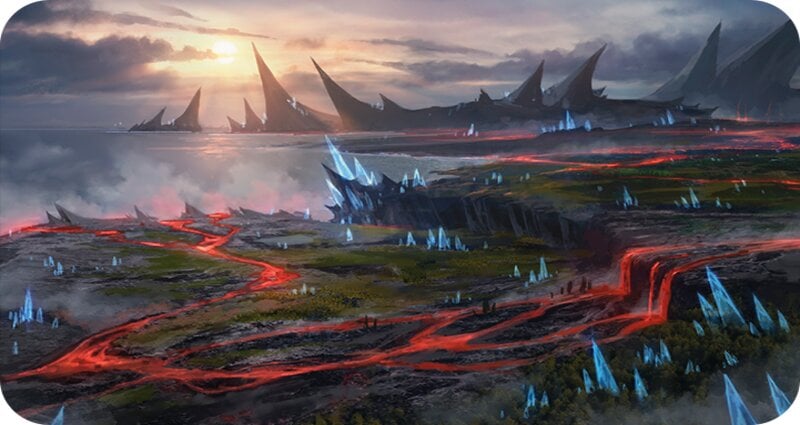 Wizards of the Coast revealed several new events and details surrounding the release of Historic Anthology III that will occur following the May 21 update in MTG Arena.

The MTG Arena May 21 update will contain an extension applied to Brawlers’ Guildhall that will run from May 21 to July 1. An update is also being applied to the client, from 32-BIT to 64-BIT. The Arena update will launch Historic Anthology III too, adding 27 cards to the Historic format.

Historic Anthology III releases in MTG Arena on May 21 and will contain 27 new cards that can be unlocked with wildcards or purchased in full for 4,000 gems or 25,000 gold. This is the last Anthology bundle of the year, but cards will continue to get added to Historic throughout 2020 via Jumpstart, Amonkhet, and Pioneer-focused remastered sets.

With the addition of Historic Anthology III, Historic Ranked returns to MTG Arena. And unlike the previous Anthology one and two bundles, WotC has no plans to turn off the Historic format ranked queues ever again.

A phantom Cube Draft event is launching in MTG Arena from June 12 to 25. Every player will have a chance to play the event once for free but will have to pay an entry fee of 4,000 gold or 600 gems after playing the free trial. Additional details regarding the Cube Draft Arena event can be found here.

For the first time in the history of MTG Arena, WotC is providing a tournament with cash rewards. The event will take place over the course of two days, May 30 to 31. There’s an entry fee to compete in the Arena open event of 20,000 gold or 4,000 gems. The first day will be played in a Standard best-of-one format, while day two will be Standard best-of-three.

A full rundown of times, rewards, and details surrounding the MTG Arena open event can be found here.

May is packed full of events, ranging from the Player Draft schedule and FNM at home to Historic and Workshop events.

A full breakdown of every scheduled event in MTG Arena can be found here.

The MTG Arena May update will take place on May 21 and will contain additional details regarding items in the May State of the Game, along with QoL adjustments and bug fixes.