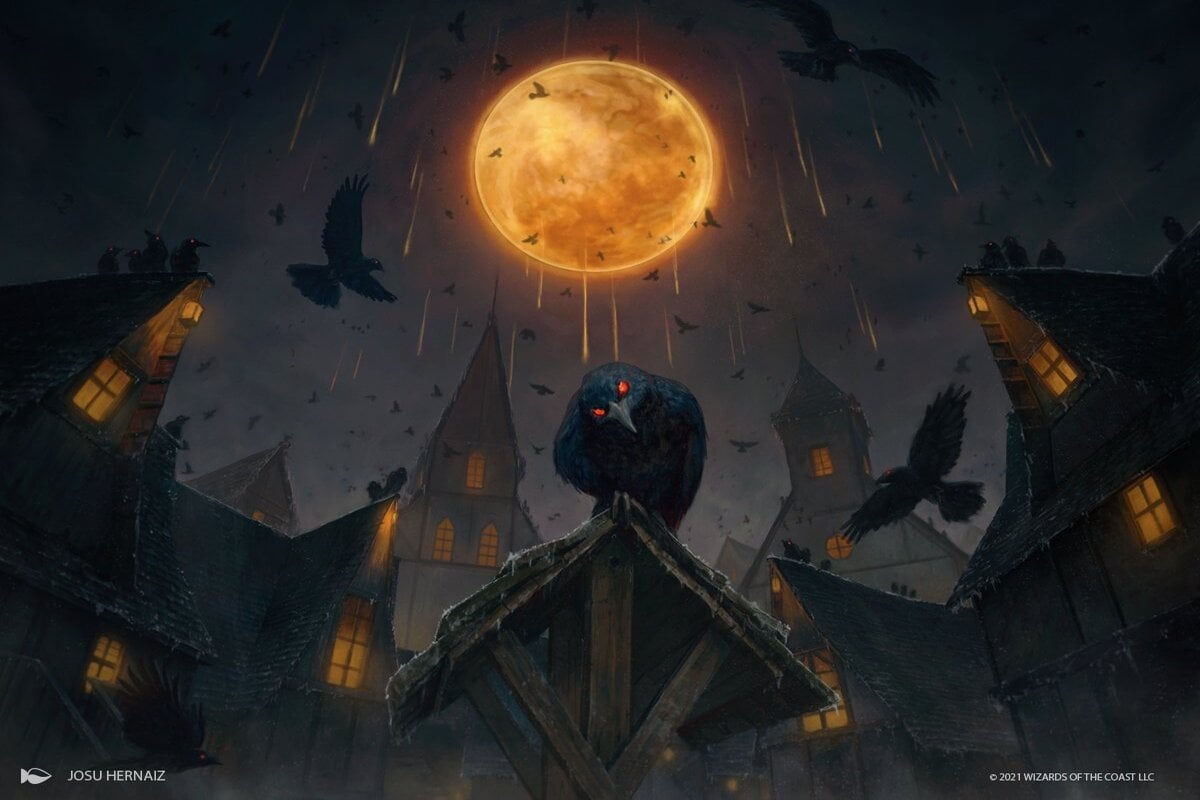 A rework to the Magic: The Gathering mechanic Transform within Innistrad: Midnight Hunt has brought about Daybound and Nightbound.

Scheduled to release globally on Sept. 24, Innistrad Midnight Hunt (MID) will showcase a battle between day and night. Utilizing the mechanics Daybound and Nightbound, double-faced cards will transform back and forth. The new MID mechanic applies to all players during a game, meaning any player on their turn can control whether it is day or night.

At the start of a game, it is neither day nor night. All cards with the Daybound and Nightbound mechanic will enter the battlefield frontside and it will officially become “day.”

Daybound and Nightbound in MID aren’t limited to just creatures, although the mechanic is primarily found on them. Curse of Leeches, an Aura Enchantment, transforms into a creature when it is night. And the planeswalker Arlinn, the Pack’s Hope has different abilities when it is day or it is night.

Within MID and the Standard format (for the moment), there is only one exception to whether the game is day or night. Tovolar, Dire Overlord is a legendary werewolf that can make it “night” if its controller has three or more wolves/werewolves under their control at the beginning of their upkeep.

An opponent, however, can make it “day” again via removal so there are two or fewer wolves/werewolves under their control. And in multiplayer formats like Commander, the player whose turn is next can cast two spells in order for “day” to return on the next player’s turn.