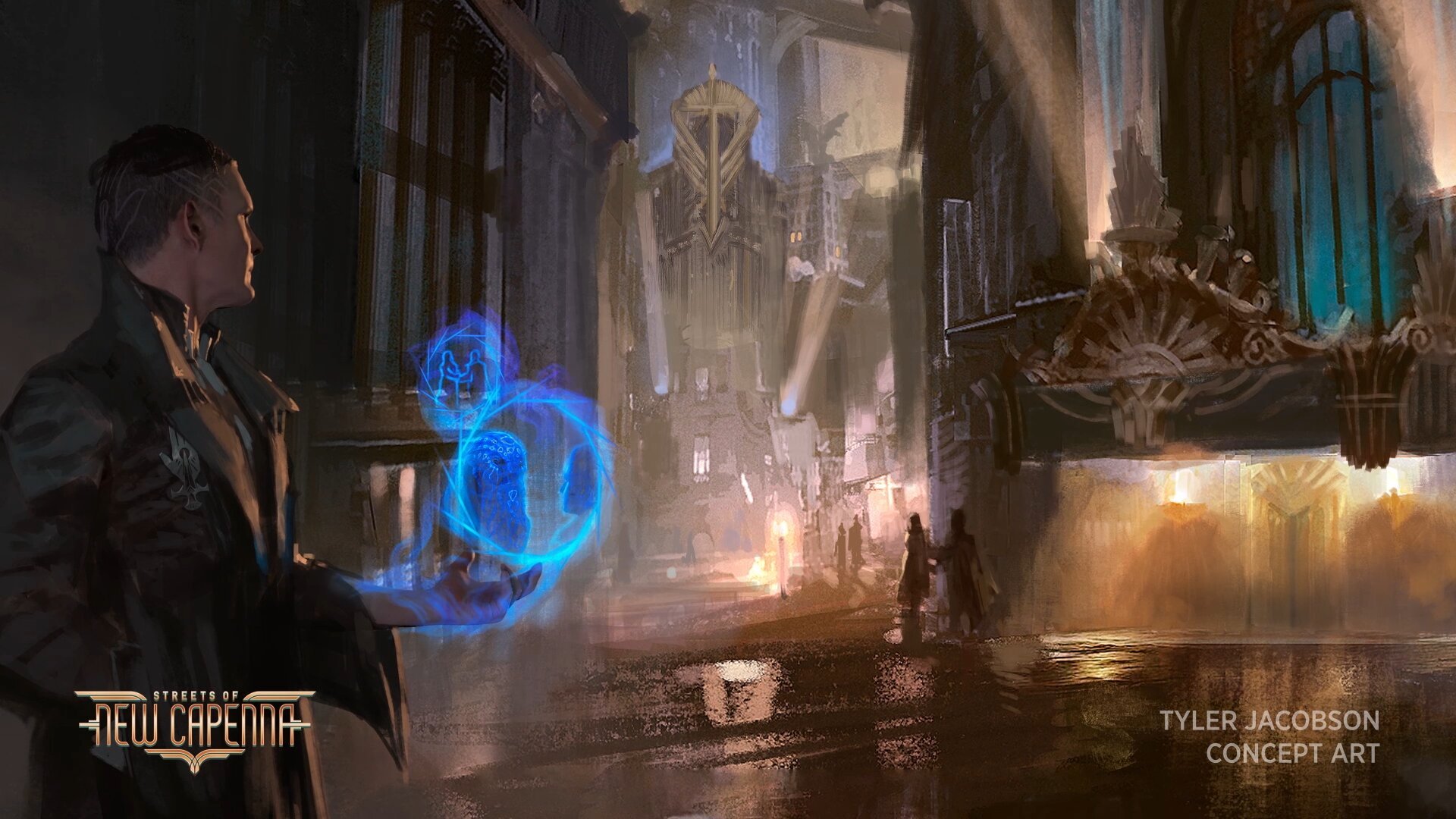 Four new Magic: The Gathering sets scheduled to release in 2022 were revealed by Wizards of the Coast during the August Magic Showcase.

The first Standard-legal set to launch in 2022 is Kamigawa: Neon Dynasty during the first quarter. Revealed during the Magic Showcase event was Kaito, a new planeswalker cyber ninja featured in the Kamigawa: Neon Dynasty set. And another planeswalker was teased, with the emperor of Kamigawa being “someone that you may have seen before,” according to Magic senior creative director Jess Lanzillo.

The return to Kamigawa will take place around 2,000 years from what was featured in the 2004-2005 MTG block. Mashing flavor from the original Kamigawa block with “neon, ninjas, and cyberpunk samurai,” the Kamigawa: Neon Dynasty set will likely have a very unique feel to it.

“The set bridges the history of the original Kamigawa with the future, according to vice president of R&D, Aaron Forsythe. A number of game designs from the original block will appear as a “mesh of some cool Sci-fi stuff.”

Releasing during the second quarter of 2022, Streets of New Capenna is Magic’s “take on a gangster movie,” according to Lanzillo. Showcased within the set are five, three-color crime families. The plane of New Capenna was originally constructed by angels, which is now run by the five demon crime families.

Each crime family “mechanically, has its own keyword,” according to Forsythe, and its own “playstyle.” And a familiar Magic character, Elspeth, is tied to New Capenna in that the plane holds “a special meaning,” to the planeswalker.

Marking the 30th-anniversary celebration of MTG is the release of Dominaria United. The iconic plane was revisited in 2018 with Dominaria and dates back to the Alpha and Beta MTG sets. Dominaria United will also showcase many of Magic’s iconic villains and heroes, as previous sets have done.

Scheduled to release during the third quarter of 2022, Dominaria United will hit nostalgic triggers for many veteran Magic players while likely serving as a solid new set for players to discover the history around the iconic plane.

Releasing within the final quarter of 2022 is another callback set highlighting events that shaped the plane of Dominaria today, called The Brothers’ War. The two brothers are Urza and Mishra, artificers determined to extinguish one another in an epic war that helped shape the Magic Multiverse into what it is today.

The story of The Brothers’ War was first teased in the 1994 Magic set, Antiquities, according to Forsythe. Lore wise, it is a prequel to every Dominaria MTG set throughout the last 30 years.